Last week, Recorded Future highlighted suspicions (see below) of a Ukrainian MP about Russian-backed neo-Nazi activity in Lviv, a city in Ukraine’s west. His statements suggested at least 1,000 Russian-influenced individuals would stage rallies to commemorate the creation of the Ukrainian SS on April 28.

The rally, which occurred on April 27, did not reach the proportions previously suggested by MP Moskal. While the peaceful commemoration did take place, estimates of those involved ranged from 500 to 600 participants.

Indicative of the ongoing war of words between Ukraine and Russia, however, is the fact the rally did not reach the size reported by ITAR-TASS News Agency. In an article published after the event, ITAR-TASS notes that organizers of the rally suggested that "about 3,000 people might take part all in all."

The inflated nature of the numbers provided by both MP Moskal and ITAR-TASS highlight the ongoing struggle between Ukraine and Russia to shape the narrative around the ongoing crisis.

While Russia continues to foment unrest in Ukraine’s east, open source information collected by Recorded Future suggests it will soon exert pressure on the country’s west to solidify its gains.

April 28 is a significant date, marking the establishment of the Ukrainian SS branch during World War II. According to Hennadiy Moskal, a member of Ukraine’s parliament, Russia is orchestrating neo-Nazi activity in Lviv and other western Ukraine cities for April 28. This unrest would reinforce Putin's narrative, in which the Kiev uprising is an illegitimate fascist coup, backed by neo-Nazis, which requires actions to protect Russian speakers in Crimea and eastern Ukraine. 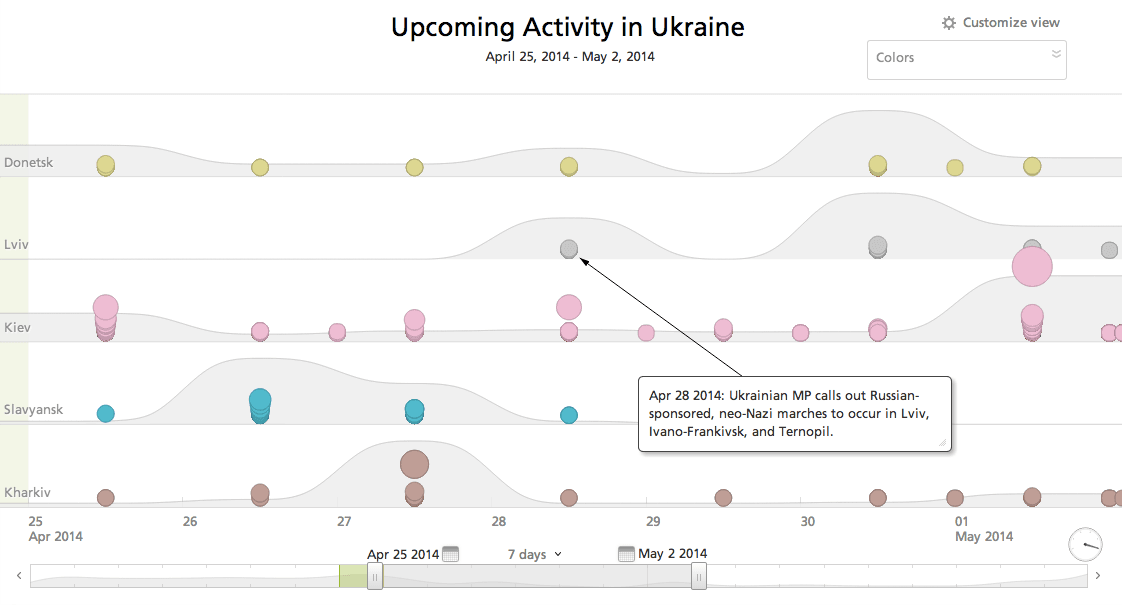 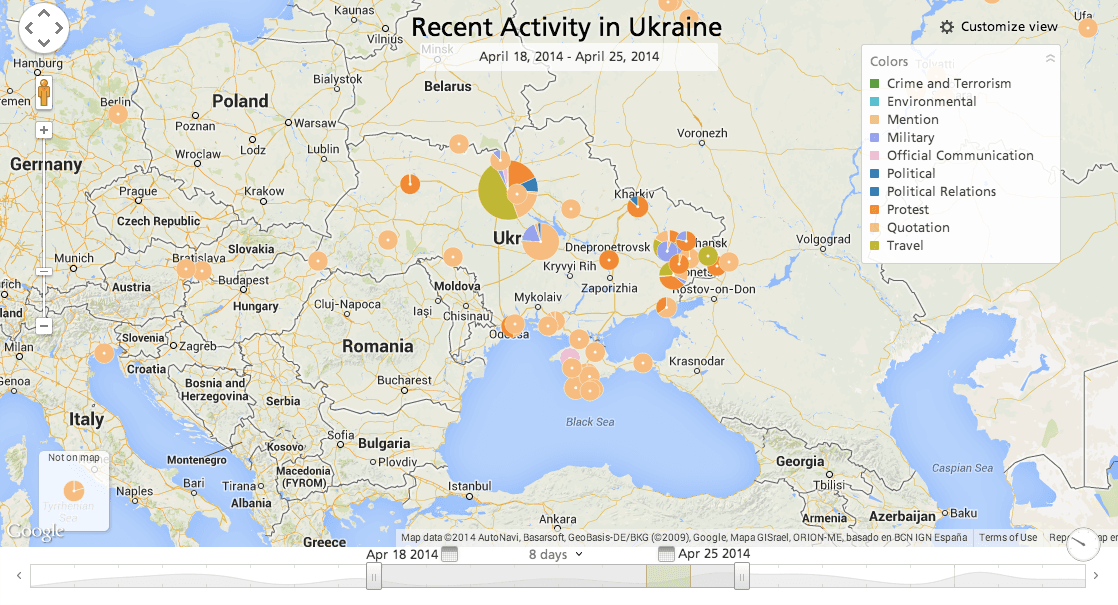 With information garnered from "very reliable sources with direct contacts to the operation planners," MP Moskal suggests at least 1,000 well-trained Russians will stage marches in Lviv, Ivano-Frankivsk, and Ternopil commemorating the SS.

In the words of Moskal, "The slogans of the marches are supposed to be interpreted by the citizens of the south and east of Ukraine as a threat to their freedom, lives and property." Neo-Nazi language and symbols, even if derided in western media as provocateurs, could still harden the resolve of Russian speakers in the country’s east to separate and join Russia.

Looking further ahead, May 9 is a national Ukrainian holiday commemorating their victory over the SS regime in WWII. Neo-Nazi ploys started on April 28 may well continue through this date.