In early November 2022, Insikt Group identified a phishing and follow-on credential theft attack highly likely led by an Iran-nexus threat activity group directed against the US-based Washington Institute think tank. The credential theft component masquerades as a Microsoft registration form for the 2022 Sir Bani Yas Forum hosted by the government of the United Arab Emirates (UAE). The threat activity is highly likely indicative of a broader campaign that makes use of URL shorteners to direct victims to malicious pages where credentials are stolen. This tradecraft is common among Iran-nexus advanced persistent threat (APT) groups like APT42 and Phosphorus.

Insikt Group identified 5 domains highly likely used to host credential theft pages. The credential theft examples associated with this research were submitted to urlscan throughout 2022. The most recent submission was from the UAE on November 3, 2022. As of this writing, it is highly likely that this threat activity is related to an ongoing campaign. Insikt Group tracks this activity under the temporary group designator TAG-56.

On November 3, 2022, Insikt Group identified a suspicious urlscan submission from a user in the UAE that returned a fake Microsoft registration form for the 2022 Sir Bani Yas Forum as noted in Figure 1. The intended target of the attack is a senior fellow of the Washington Institute, a US-based think tank focused on US foreign policy in the Near East. The submission data revealed that the victim likely received a spearphishing message that, when clicked, would redirect them to a URL with the apex domain name — mailer-daemon[.]net — where the spoofed registration page is hosted. 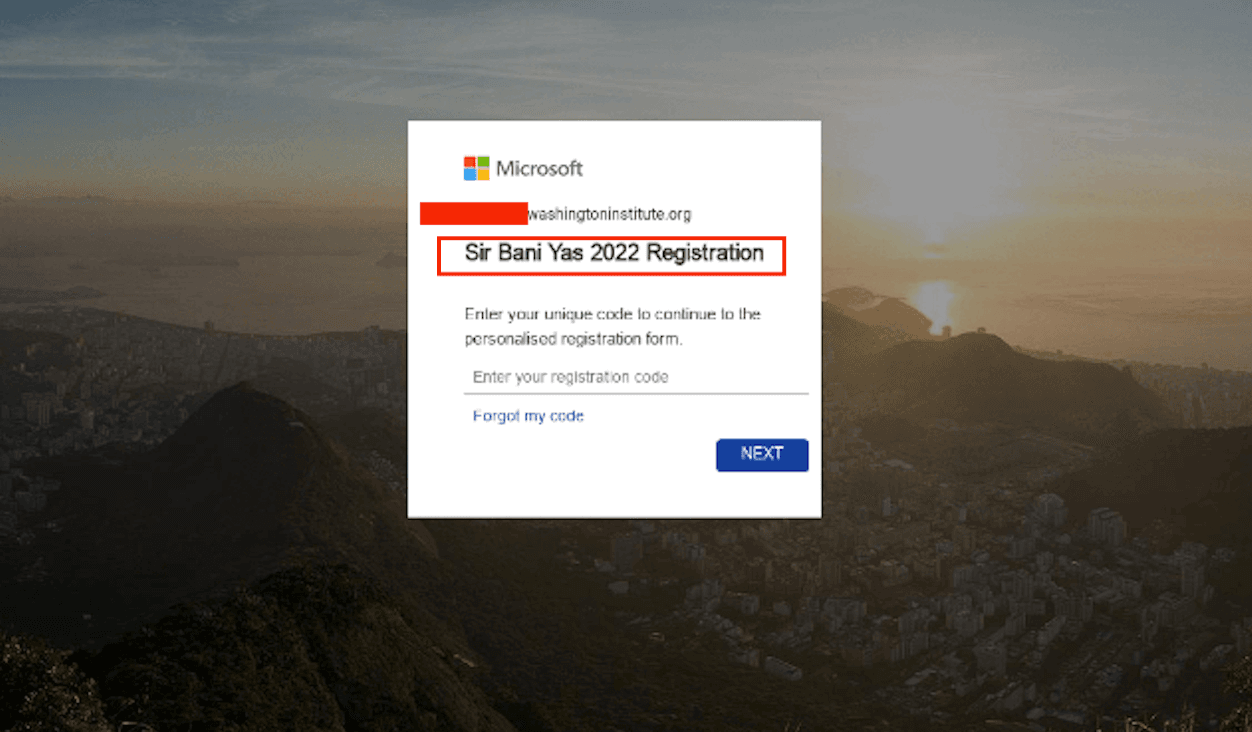 Insikt Group identified 4 further domains, listed in Table 1 below, which use an identical domain naming convention as mailer-daemon[.]net. All but 1 domain, “mailer-daemon[.]org”, use Namecheap's shared hosting services. The domain “mailer-daemon[.]org” was registered using GoDaddy. Open-source reporting reveals similar domains, specifically “mailerdaemon[.]me” and “mailer-daemon-message[.]co”, were used by members of the Phosphorus APT group to lead attacks throughout 2020 and 2021.

A fake URL shortener, “tinyurl[.]ink”, which spoofs the legitimate service TinyURL (tinyurl[.]com), was identified as part of our research. The fake URL shortener was used to deliver a lure document — “Iran nuke.docx” — titled "ANOTHER FLAWED IRAN DEAL AND THE NEXT PHASE OF US POLICY", which, as the title implies, concerns Iran's nuclear program. The document, shown in Figure 2, is benign and was likely used by the attackers to lower the precautionary behavior of the intended target. In a June 2022 report regarding an Iranian APT campaign that targeted US and Israeli government officials, Check Point Research noted that benign documents were sent to targets to initiate conversations. 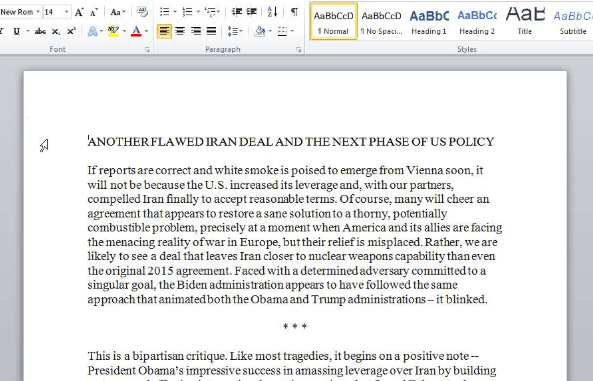 As part of the delivery of “Iran nuke.docx”, TAG-56 operatives used the fake URL shortener in conjunction with the legitimate shortening service tinyurl[.]com as depicted in Figure 3. The attack chain started with the operatives delivering a message using the legitimate URL shortener (tinyurl[.]com) against a suspected target; if the target clicked on the link, they were redirected to the spoofed equivalent (tinyurl[.]ink). Another submission to urlscan from Israel revealed that TAG-56 used tinyurl[.]com to engage with a suspected target using the “mailer-daemon[.]live” domain. At the time of analysis, “mailer-daemon[.]live” resolved to another IP address owned by Namecheap: 198.54.116[.]118.

We do not know how TAG-56 disseminated any of the links associated with this research, although it is highly likely that spearphishing, or potentially an encrypted chat platform, was used for delivery. Some Iran-nexus operators, such as those associated with APT42, have been known to send links directly to victims' WhatsApp or Telegram accounts and engage in chats to manipulate them through social engineering.

As noted in Table 3, the domain “tinyurl[.]ink” has resolved to IP address 199.188.200[.]217 since it was registered via Namecheap in mid-December 2021; WHOIS privacy protections were again employed by TAG-56 operators.


Table 3: URL Shortener has been operational since mid-December 2021 (Recorded Future)

The Namecheap server configuration of “tinyurl[.]ink” revealed another notable overlap to threat activity reported by Check Point Research: the attackers used a shared web host provided by Namecheap to establish their infrastructure, an aspect of TAG-56’s tactics, techniques, and procedures (TTPs) that was also observed in the campaign reported by Check Point Research. In that campaign, the attacker-controlled infrastructure also included a fake URL shortener, “litby[.]us”. This suggests that TAG-56 operators prefer to acquire purpose-built infrastructure as opposed to establishing their own.

Check Point Researchers also cited that the HTML of the URL shortener (litby[.]us) revealed direct links to a cluster of threat activity attributed to the Phosphorus APT in 2020. The domain “de-ma[.]online” underlined in Figure 4 has not had an active DNS “A” record since November 2020.

Insikt Group identified the likely reuse of code in the HTML of the Sir Bani Yas spoofed registration page. A JavaScript function specifically lists a variable "passwd.trim()=="SaudiG20", which is likely not related to the Sir Bani Yas forum and is more likely associated with the G20 meeting hosted by Saudi Arabia in 2020.

The Sir Bani Yas forum spoofed login page also contained a redirect that included the string "continue-to-settings.php". The same string was identified in another submission made to urlscan on August 6, 2021. This submission revealed a malicious login page for Yahoo mail (another case of credential theft), but the apex domain used for the attack was “continuetogo[.]me”. This domain was referenced in a report by Google’s Threat Analysis Group in October 2021 and is associated with APT35. Threat researchers from multiple cybersecurity vendors have previously revealed strategic and technical overlaps between APT35, Charming Kitten, TA453, and APT42 (along with its forerunner UNC788).

TAG-56 depicts many of the known TTPs associated with groups like APT42 and Phosphorus. This includes the domain naming conventions associated with attacker-controlled infrastructure, the use of recycled code, and the intended victim of the credential theft operation. The use of recycled HTML code is presumably a recurrent aspect of TAG-56's tradecraft, which notwithstanding the increased chance of detection by threat researchers, is still likely providing the attackers sufficient return on investment to not warrant a shift in TTPs.

The victimology of the threat activity associated with APT42 and Phosphorus is widely reported in open sources (1, 2, 3), as think tanks provide strategic-level information of intelligence value to their presumed handlers. The targeting overlap identified with TAG-56 supports our assessment that this threat cluster has strong overlaps with the aforementioned APT groups.