In a new white paper, Recorded Future uses the methods and formulae provided in How to Measure Anything in Cybersecurity Risk by Douglas W. Hubbard and Richard Seiersen,1 to calculate the impact of various cyber threats to a company (using Recorded Future as the example). The paper even goes to the level of specific dollar loss amounts and whether a threat has any future probability of impacting information availability, integrity, or both.

Let’s look at one example in this blog post: Android malware can pose significant risk to an organization. We’ll detail the threat intelligence value in calculating and updating risk probabilities for senior decision makers — one of threat intelligence’s most valuable use cases.

The Android operating system dominates 88 percent of smartphone market share, “with over 328 million Android devices shipped worldwide” (Q3, 2016). That’s a lot of Android devices storing personally identifiable information and acting as a primary device for two-factor authentication. Corporate BYOD programs have accelerated multi-purpose (personal and professional) Android device use. Financial service companies are rightfully concerned with Android threats to mobile banking customers, but all industry verticals should be concerned with the threat of Android malware to employees. 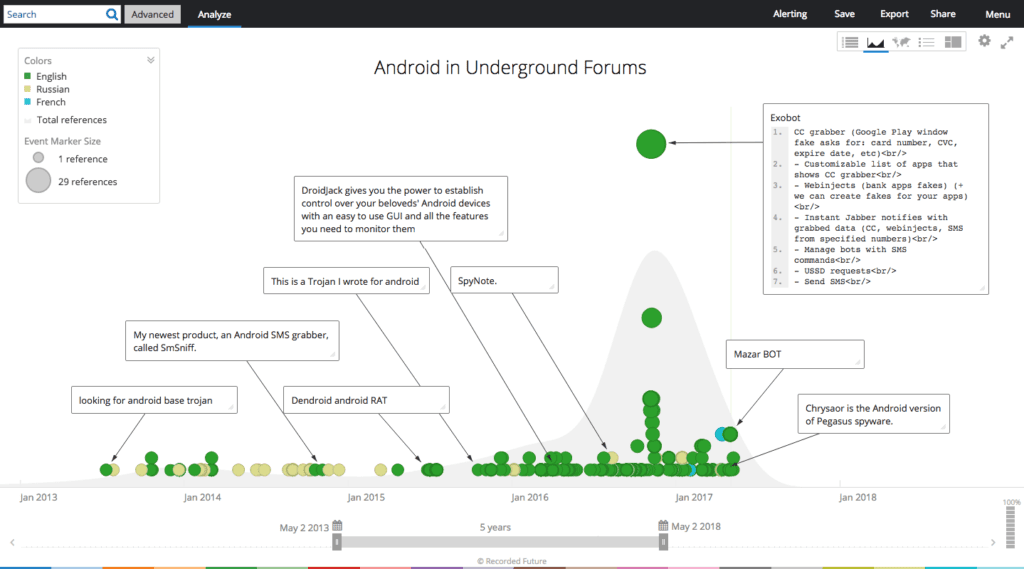 Saving the above Recorded Future search, and creating an alert for future new Android malware references, enables Recorded Future’s natural language processing technology to automate some of the analysis process, saving analyst resources, and ensuring peace of mind that new Android malware will be surfaced in near real time. Especially in foreign languages. Recorded Future’s proprietary NLP technology identifies new threats in numerous foreign languages, some of the most important include Chinese, Russian, Arabic, Farsi, and German.

Additionally, any Recorded Future search is exportable to a JSON format for inclusion in a Recorded Future RESTful API query. This API flexibility enables strategic threat visibility for diverse analyst workflows that use third-party integration, orchestration, and ticketing tools. 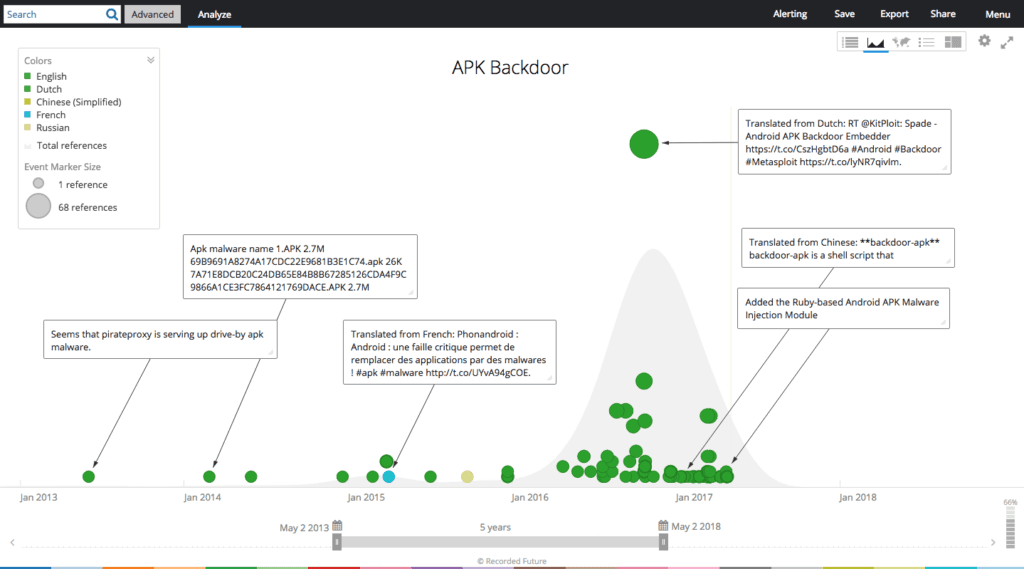 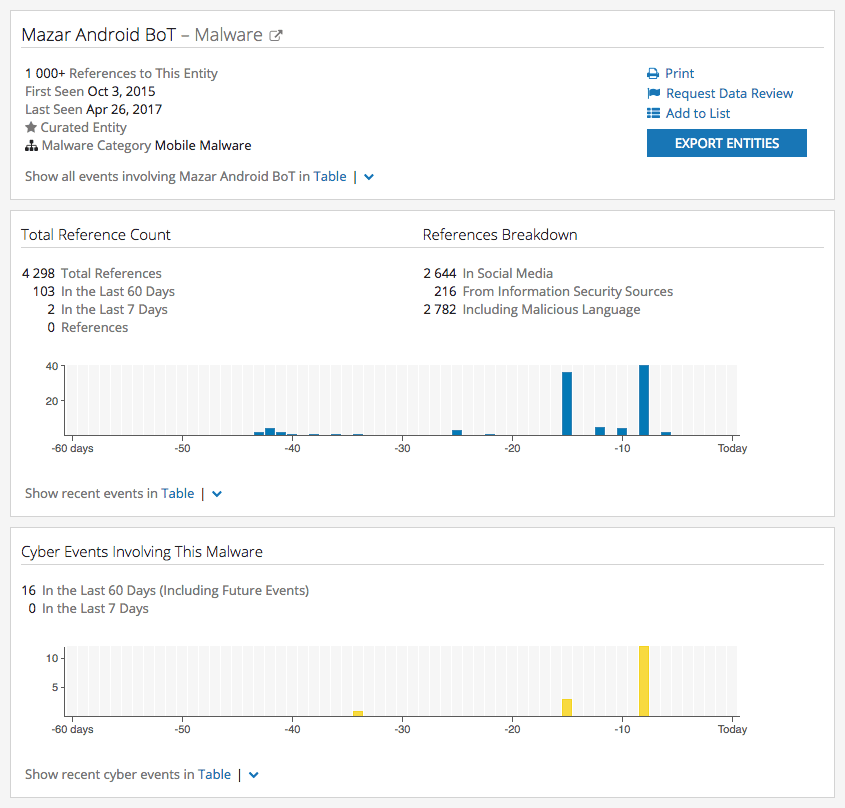 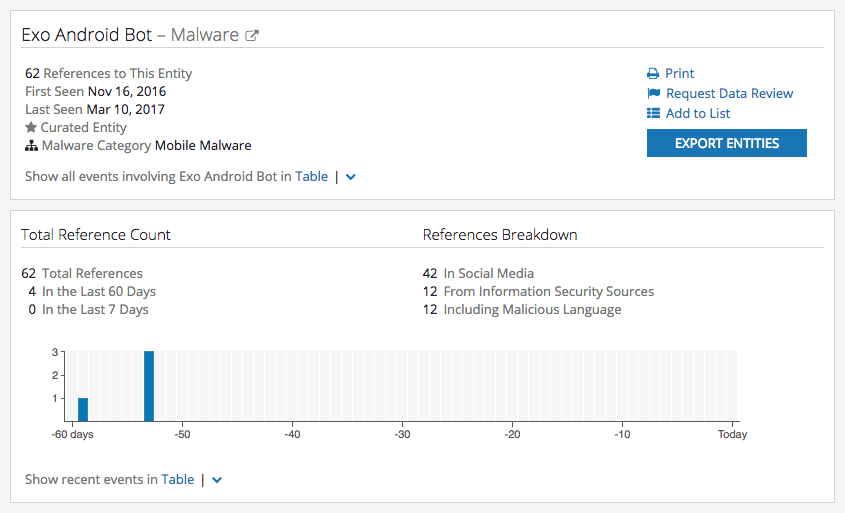 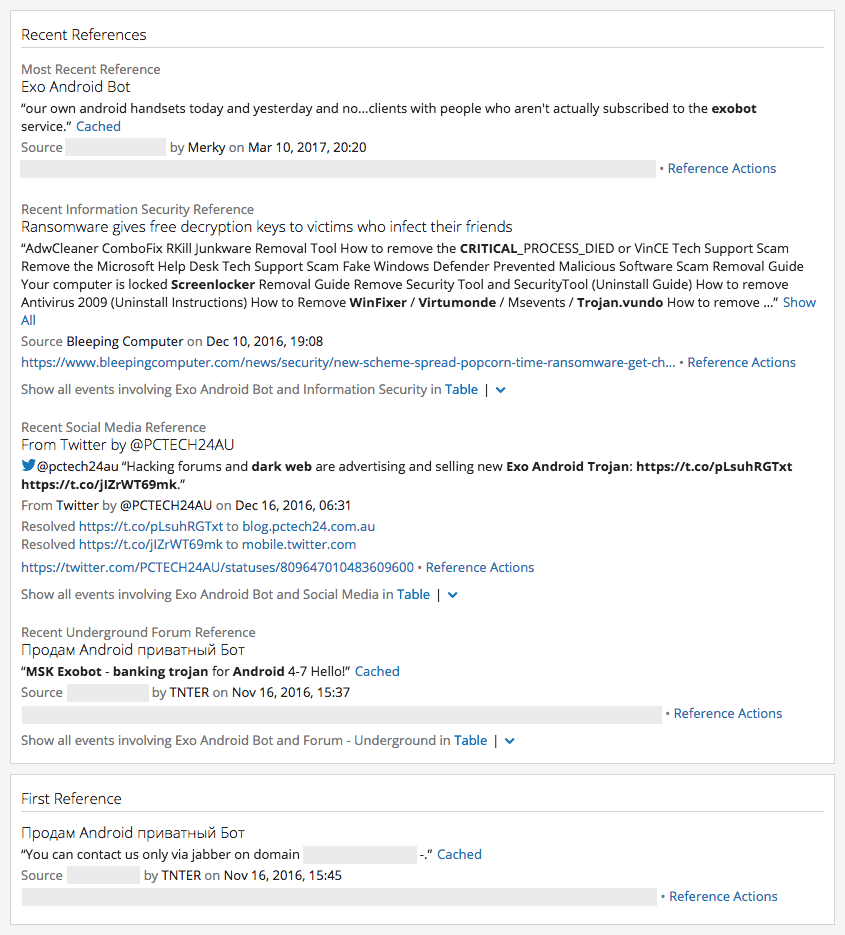 Using Recorded Future’s search and alert functions for Android malware dramatically improves an analyst’s ability to deliver a 90 percent confidence range of organizational impact as a calibrated estimator, the process of which is detailed in the white paper. A low- and high-value risk probability estimate will change during the course of a year as Recorded Future delivers future alerts and the quantitative risk model is updated with new values.