Techcrunch reported over the weekend that Goldman Sachs quietly hosted a meeting with a group of fast growing web start ups. The post reports these are companies that the big bank sees as likely IPO prospects.

The web holds bits and pieces of speculation about what’s in store for many of the more than forty companies, and below is a view that we’ve compiled for you to take a look at predicted events and commentary related to the next several years for the group of meeting attendees. 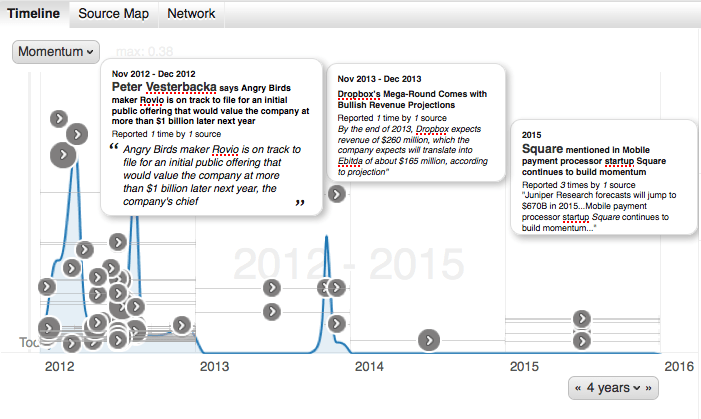 Some highlights from the full set of results that you can explore live:

Thoughts on which of the companies from Techcrunch’s list of meeting attendees will IPO first?