This report profiles the infrastructure used by the threat activity group TAG-53, which overlaps with public reporting on Callisto Group, COLDRIVER, and SEABORGIUM. The activity was identified through a combination of Network Intelligence and analysis derived from open-source reporting. The report will be of most interest to network defenders and individuals engaged in strategic and operational intelligence relating to the activities of the Russian state in cyberspace.

Beginning in July 2022, Recorded Future’s Insikt Group observed the recurring use of similar infrastructure by the threat activity group TAG-53. This newly discovered infrastructure likely overlaps with other infrastructure tactics, techniques, and procedures (TTPs) previously attributed to Callisto Group, COLDRIVER, and SEABORGIUM, who have been linked to activity aligning with Russian state interests.

Insikt Group has observed the recurring use of common traits by TAG-53 when curating its infrastructure, including the use of domain names employing a specific pattern construct along with Let’s Encrypt TLS certificates, the use of a specific cluster of hosting providers, and the use of a small cluster of autonomous systems.

TAG-53 infrastructure was found to contain a spoofed Microsoft login page masquerading as a legitimate military weapons and hardware supplier in the United States, suggesting that some TAG-53 infrastructure has likely already been operationalized. Based on historical public reporting on overlapping TAG-53 campaigns, it is likely that this credential harvesting activity is enabled in part through phishing.

TAG-53 is consistent when setting up its infrastructure, which bears significant hallmarks and crossover with infrastructure attributed to Callisto Group, COLDRIVER, and SEABORGIUM. The group continues to use particular stylistic structures when registering malicious domains alongside the use of specific domain registrars with IP addresses that reside in a small cluster of autonomous systems.

On August 15, 2022, a Microsoft report published in collaboration with Google’s Threat Analysis Group (TAG) and Proofpoint’s Threat Research Team detailed SEABORGIUM’s phishing operations. In this research, Microsoft assesses that SEABORGIUM originates from Russia and has “objectives and victimology that align closely with Russian state interests”. Microsoft denotes that SEABORGIUM shares overlaps with Callisto Group, TA446, and COLDRIVER and indicates that the threat actor has carried out persistent phishing and credential theft campaigns that have led to intrusions and data theft. SEABORGIUM primarily focuses its targeting on NATO countries, including a specific emphasis on the United States and the United Kingdom. The group also targeted Ukraine in the run-up to Russia’s full-scale invasion of the country in February 2022.

Google’s TAG reported in March and updated in May 2022 that COLDRIVER has conducted credential phishing campaigns using Gmail accounts targeting nongovernmental organizations and think tanks, journalists, and government and defense officials. TAG also suggests that COLDRIVER’s TTPs have evolved over time, moving towards incorporating PDF or DOC file links that are hosted on Google Drive and Microsoft OneDrive within its phishing emails.

Insikt Group used intelligence provided in open-source reporting (1, 2, 3, 4) to profile TAG-53 infrastructure that likely overlaps with Callisto Group, COLDRIVER, and SEABORGIUM infrastructure. TAG-53 infrastructure was uncovered by analyzing specific combinations of domain registrars, autonomous systems, domain name structures, and related TLS certificates. Based on this information, it is highly likely that this threat group is continuing its phishing and credential-harvesting operations. While monitoring TAG-53 infrastructure, Insikt Group observed a spoofed Microsoft login page masquerading as a legitimate military weapons and hardware supplier in the US, suggesting that some TAG-53 infrastructure has likely already been operationalized.

Using both current and passive Domain Name System (DNS) records, Insikt Group resolved IP addresses for 38 registered domains used by TAG-53 since January 2022. The identified TAG-53 domains, listed in Appendix A, have highlighted a trend towards the use of NameCheap, Porkbun, REG.RU, and regway for domain registration that has persisted since mid-2022, a breakdown of which can be seen in Figure 1. The reason for the preference of these registrars is unknown, but it is a useful metric when profiling candidate TAG-53 infrastructure. 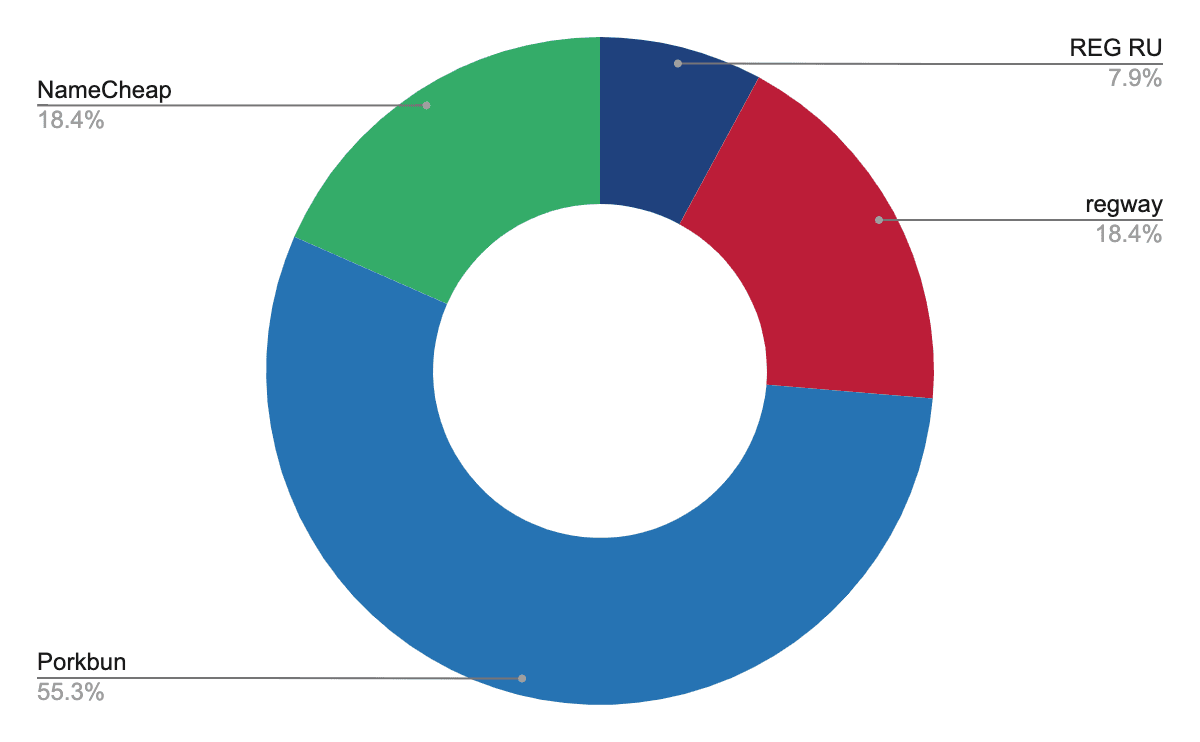 Alongside the use of specific domain registrars is the use of particular autonomous systems, with all domains collected under TAG-53 found to exist in 10 autonomous systems with a significant concentration found located in 2 Autonomous System Numbers (ASNs) linked to MIRhosting (AS52000) and Hostwinds (AS54290) shown in Table 1 below.

Most of the domains discovered via TAG-53 tracking use similarly structured domain names, primarily made up of 2 terms separated by a hyphen, such as “cloud-safety[.]online”. Of the 38 domains identified, 33 used the stylistic form “

A breakdown of the terms found in TAG-53 domains, shown in Figure 2, highlights the repeated use of specific words within the domains, most of which are common, generic computing terms. 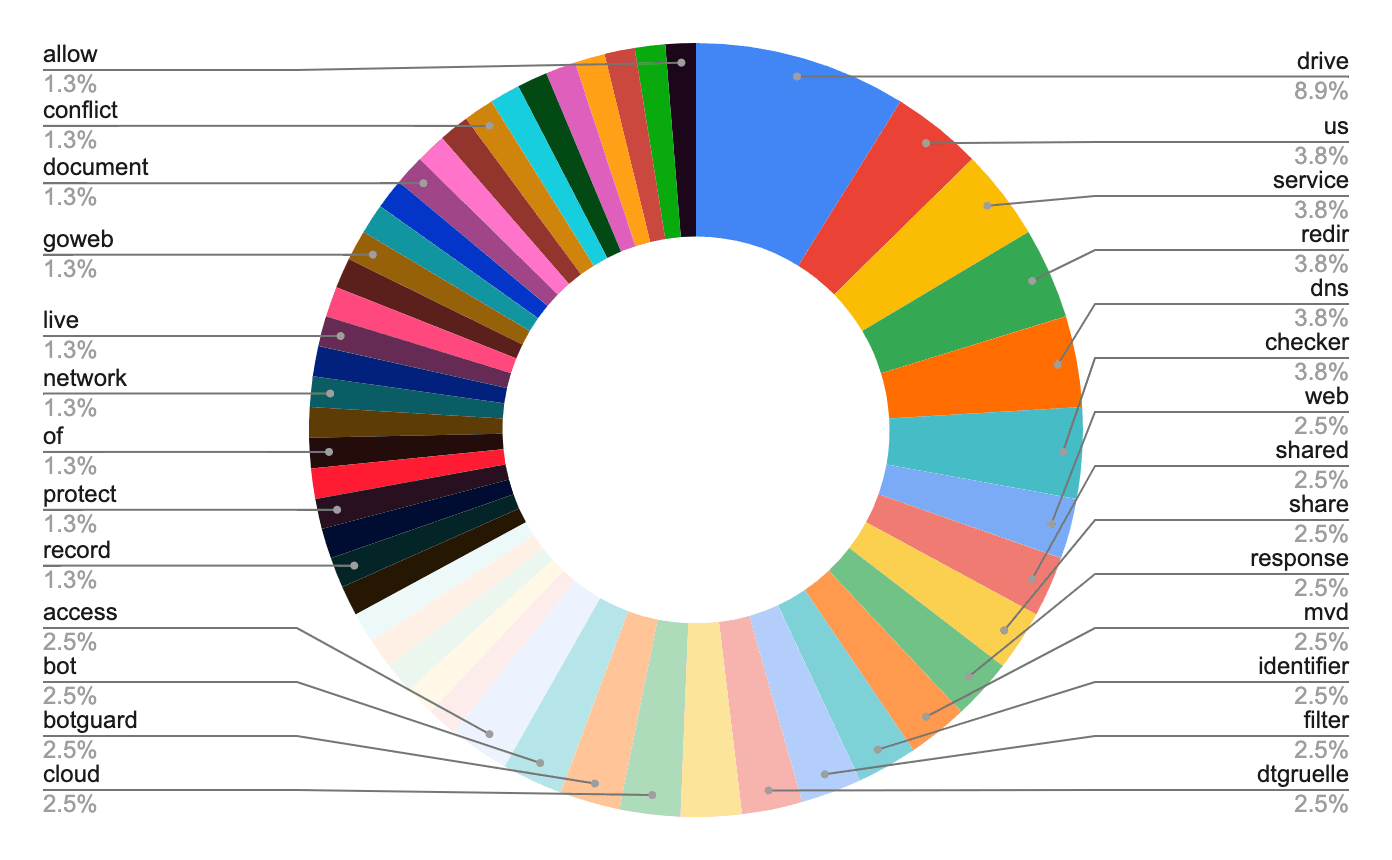 Analysis of the 9 domains reveals that 7 share a focus around industry verticals that would likely be of interest to Russia-nexus threat groups, especially in light of the war in Ukraine. The 2 outlier domains are probably intended to masquerade as the Ministry of Internal Affairs of the Russian Federation. (MVD) 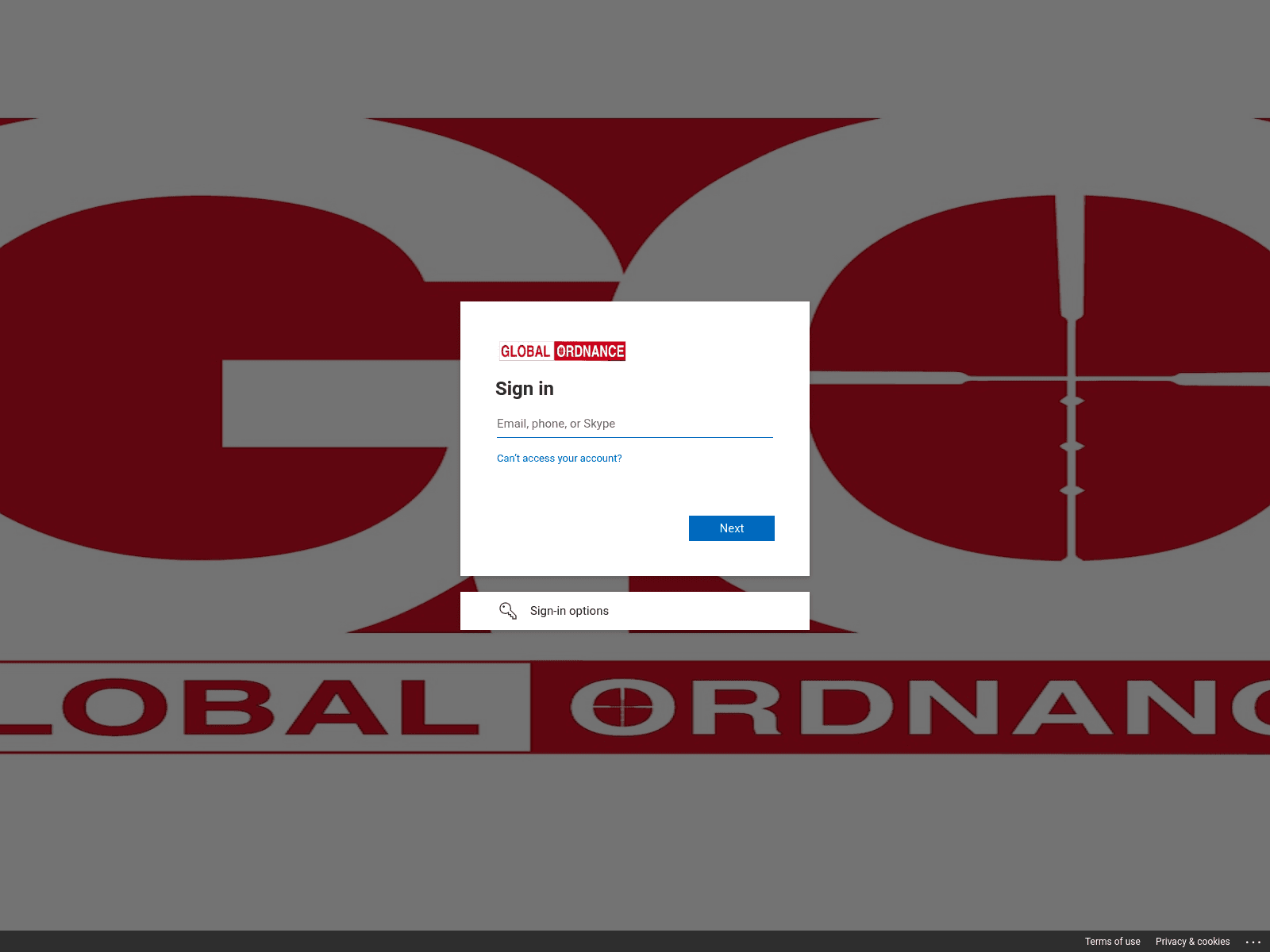 Users should conduct the following measures to detect and mitigate activity associated with TAG-53:

Insikt Group continues to track TAG-53 infrastructure and observe changes in TTPs as the group’s credential harvesting operations diversify. Notably, a consistent trend has emerged regarding the use of specifically tailored infrastructure by TAG-53 highlighting the long-term use of similar techniques for their strategic campaigns.

Readers should detect, block, and hunt for the indicators referenced in connection with TAG-53 reporting via the Recorded Future Platform in network monitoring, intrusion detection systems, firewalls, and any associated perimeter security appliances.