Where We’re Going, You Won’t Need to Drive

If you believe GM’s former head of R&D Larry Burns, you could be just a passenger on the roads by 2020. The use of cameras and sensors to facilitate automated parking is increasingly commonplace in new vehicles, and the idea of a sharing a commute with self-driving cars doesn’t sound so far-fetched.

The timeline below describes predictions for autonomous vehicles during the ten years including statements about the expected stepping stones: assisted driving technology by the middle of the decade and guided road trains being tested by this fall.

There is a heavy cluster at the front end of the timeline; predictions for 2012 and 2013 include reports from a year ago about Nevada allowing applications for driverless vehicles beginning on March 1, 2012, suggestions that testing of Google automated vehicles will increase throughout the year, and lobbying by the company to get further states allowing self-driving vehicles by next year. Also plainly visible is the cluster of predictions for the end of the decade and 2020 as a nice round date for the technology to broadly hit the market.

One of the standout events from the quieter cluster just after 2012 is the impending release of the 2013 Cadillac XTS that will include a variety of autonomous vehicle technologies such as adaptive cruise control and blind spot alerts.

What other companies are actively preparing to bring self-driving cars to market during the next ten years? The treemap below shows the various stakeholders, locations, and technologies involved in developing these autonomous vehicles. 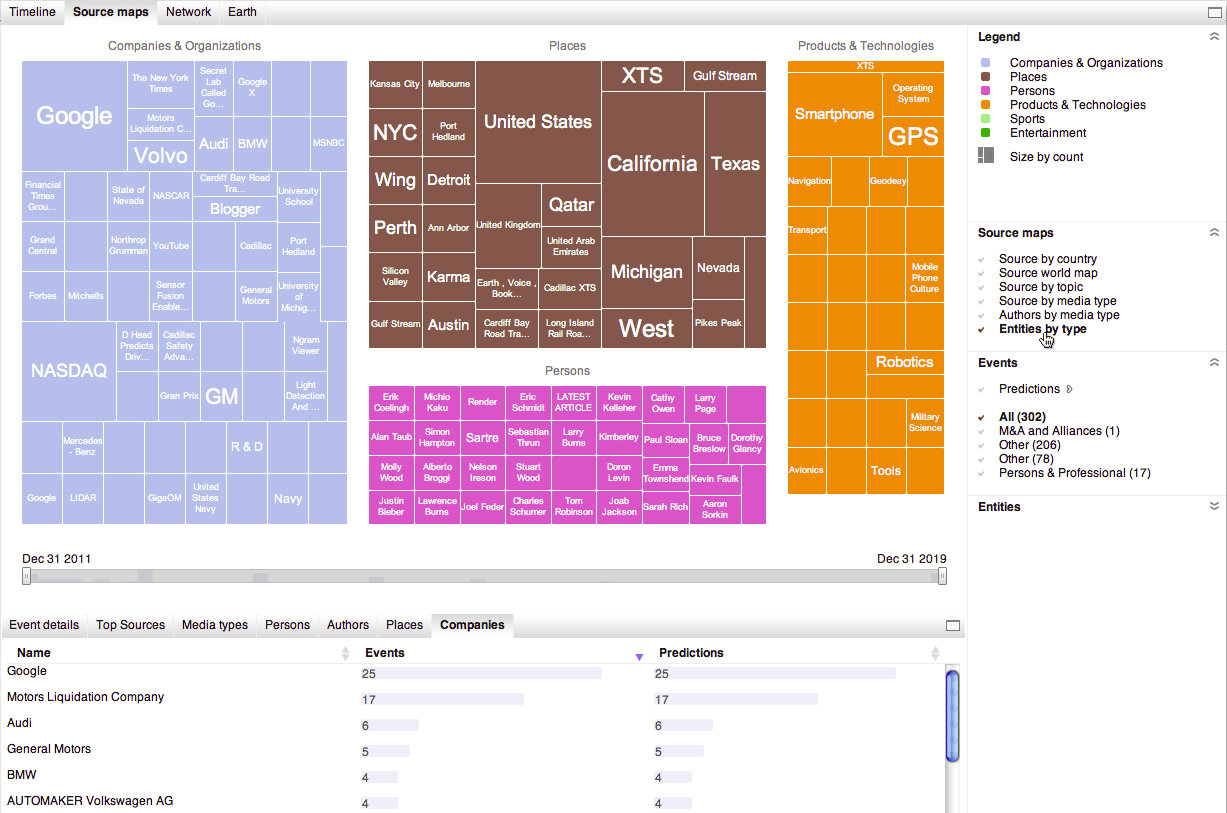 In terms of volume, we see that Google’s work leads the way in terms of predicted or rumored future events although several major automakers are expected to play in the market. Also visible in the treemap are the non-automotive companies, mostly military R&D firms, and universities building a foundation for the technologies that will make unmanned cars a reality.

What do you think about the predictions that suggest we’ll see self driving cars receive government approval and availability to consumers by 2020?