Update: Forecasting the US Presidential Election

Several months ago, we introduced the Recorded Future “Race for the White House” election monitoring app that uses sentiment analysis to forecast the winner of the 2012 United States presidential election. We’ve since shifted attention away from predicting the GOP nominee, which is now a formality away, to examining the general election between incumbent Barack Obama and Republican challenger Mitt Romney including the media share and Win Sentiment for each candidate over the last month.

As a reminder about what exactly the application shows:

At the time of writing, you can see that during the last month the Win Sentiment for Mitt Romney has cratered and then risen sharply on multiple occasions while the media’s reflection of Obama has remained comparatively steady. It will be interesting to revisit this as the Obama campaign really kicks into gear and the effects of Rick Santorum’s recent endorsement of Romney start to take hold. 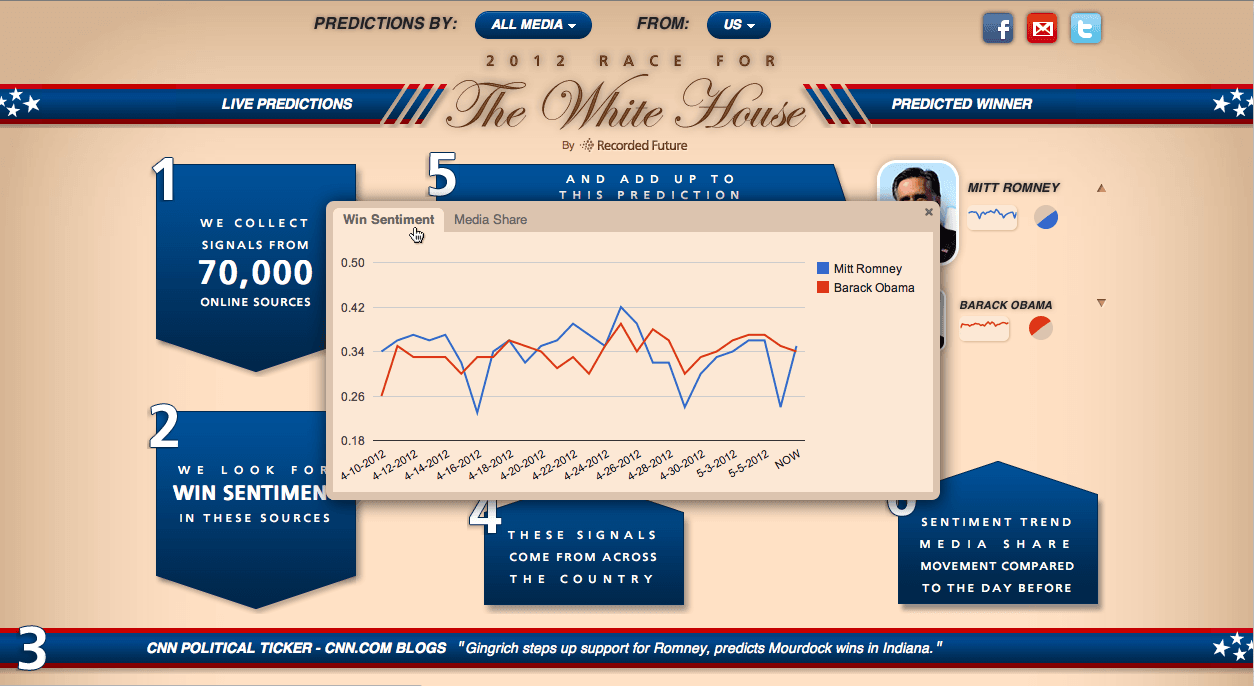