When it comes to applying intelligence to vulnerability management, the typical conversation is focused on prioritizing high-risk vulnerabilities that have already been exploited in the wild. This can be powerful; intelligence can quickly filter your critical vulnerability patch list down from 10,000 to 100.

However, threat actors are exploiting vulnerabilities faster than ever. It took the Hafnium group just 5 minutes to begin scanning for a Microsoft Exchange zero-day vulnerability. Organizations can’t wait for exploitation to start patching vulnerabilities that are likely to be exploited in the future.

Recorded Future has spent over a decade collecting massive volumes of information on over 400,000 vulnerabilities, including evidence of exploitation in the wild, existence of proof of concept code, links to malware, and more. This makes it easy to prioritize high-risk vulnerabilities

Our latest release, the vulnerability playbook alert, proactively identifies, tracks, and prioritizes vulnerabilities as they move along the weaponization lifecycle, allowing organizations to take action on vulnerabilities — before they’re ever exploited. 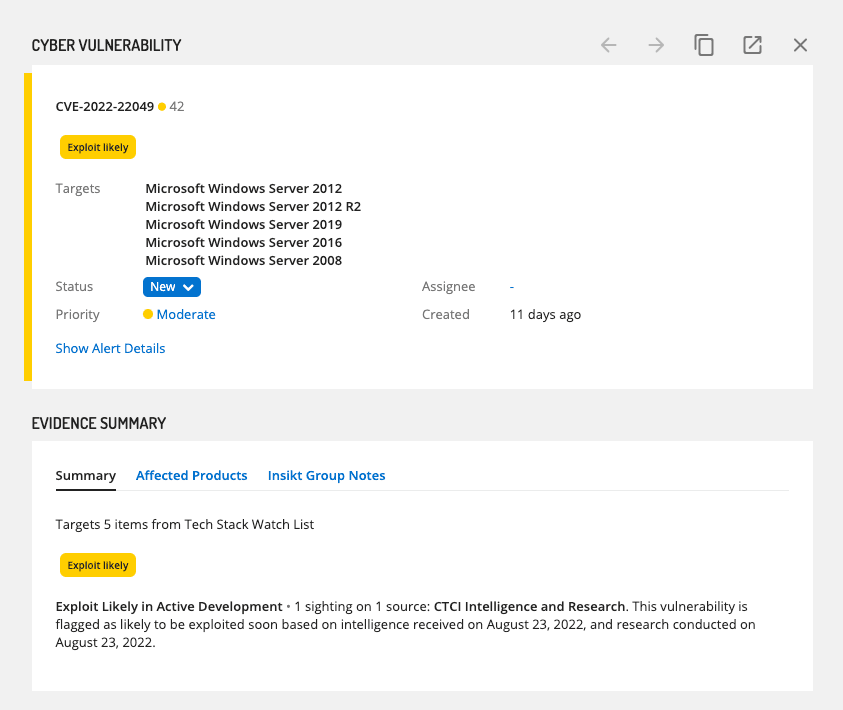 How does it work? First, the alert identifies newly disclosed vulnerabilities associated with an organization’s unique technology stack, automatically filtering out noise about irrelevant vulnerabilities for technologies you don’t use. 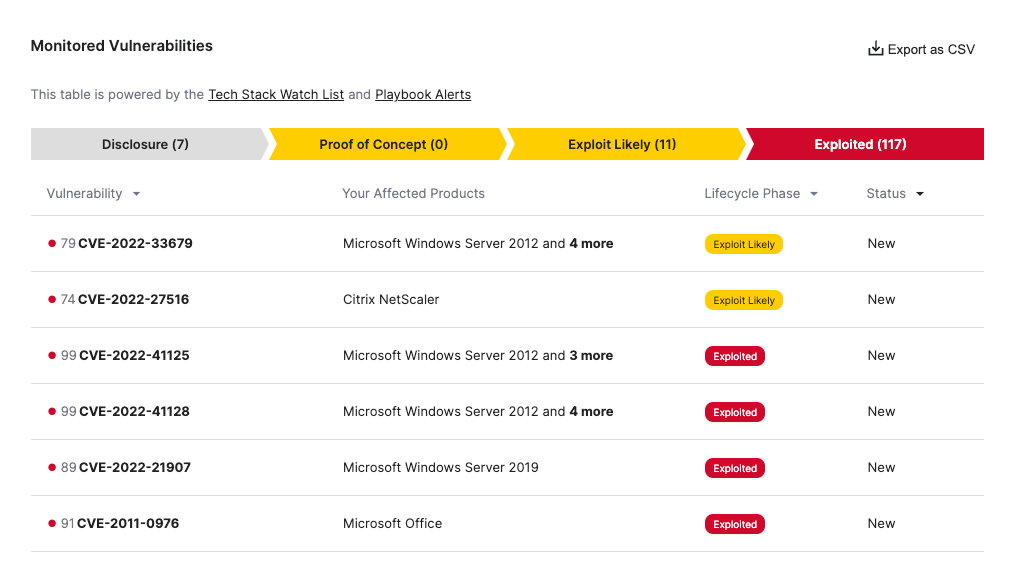 And that’s it. A powerful set of features that combines Recorded Future’s machine-scale sourcing, collection, and analysis capabilities to give security teams an edge to take action before the adversary does.

If you'd like to see vulnerability intelligence in action, request a demo.