Look Back at the 2013 RFUN Conference

More than 100 customers, partners, friends, and Recorded Future staff from around the world gathered for a full day of discussion on web intelligence and demonstration of how Recorded Future supports decision making at some of the world’s top companies and organizations.

We owe a huge thank you to all our attendees and speakers for making this edition of RFUN such an enjoyable day! 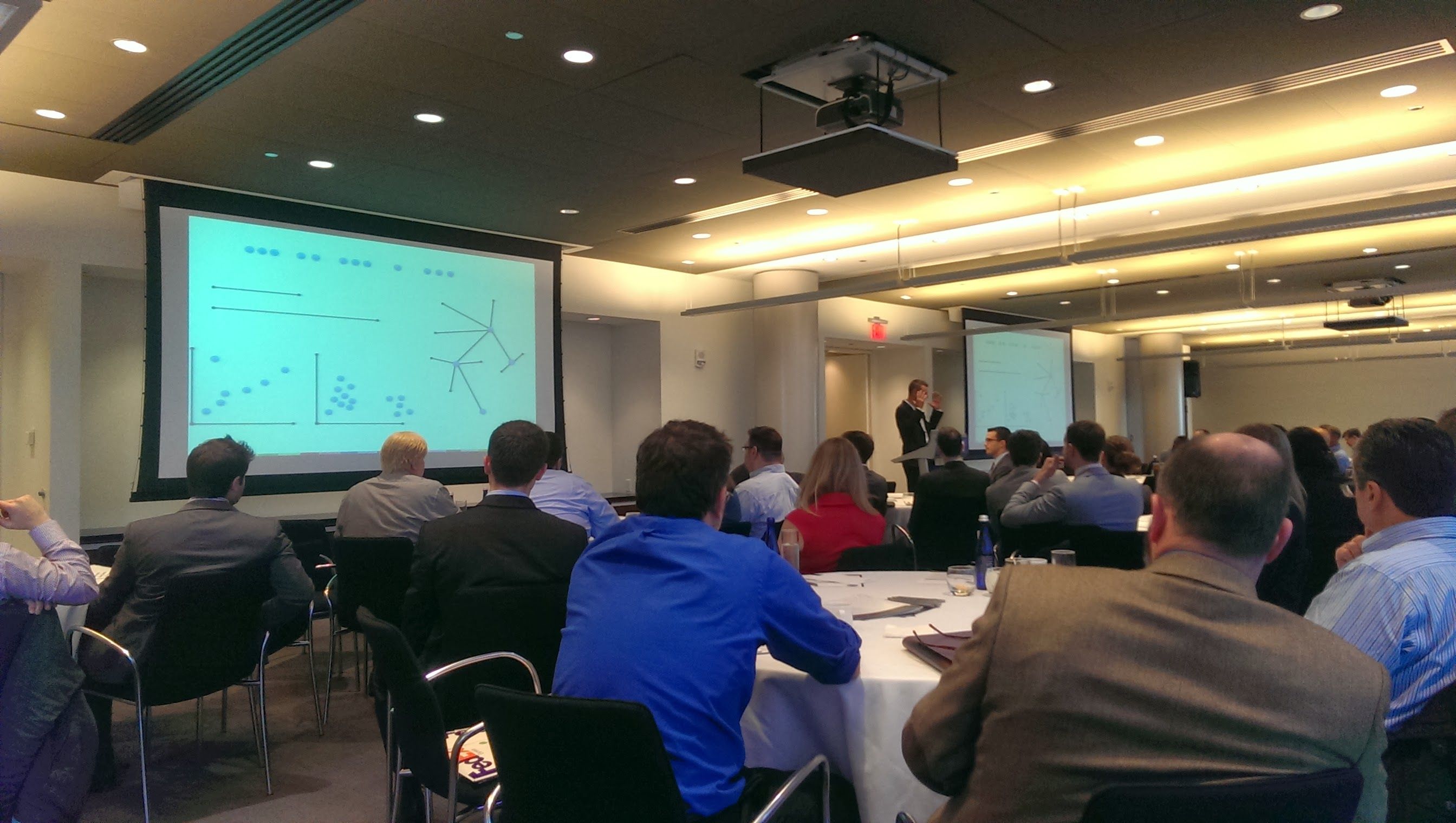 Christopher Ahlberg (CEO) with the opening presentation at RFUN 2013.

We’re massively humbled by the energy everyone brought to RFUN 2013, as well as their support for our mission of organizing the web for analysis. The stories users shared with us and the sight of so many familiar faces allowed us to proudly reflect on big strides made since the inaugural RFUN event last year.

To us, RFUN is an invaluable opportunity to instill energy into our user community. It’s also about drawing inspiration from our customers. The feedback we received during our networking sessions was powerful. We understand transparent conversations with our users is the best suggestion source for for making our web intelligence software better.

Customer presentations included use cases in global early warning, geopolitical analysis, and information security while the Recorded Future team members focused on what’s next for our product.

“The first [puzzle] piece you take out of the box and place on the work surface requires very little computational effort. The second and third pieces require almost equally insignificant mental effort. Then as the number of pieces on the table grows the effort to determine where the next piece goes increases as well… [At any point], individual pieces are open to misinterpretation without context.” 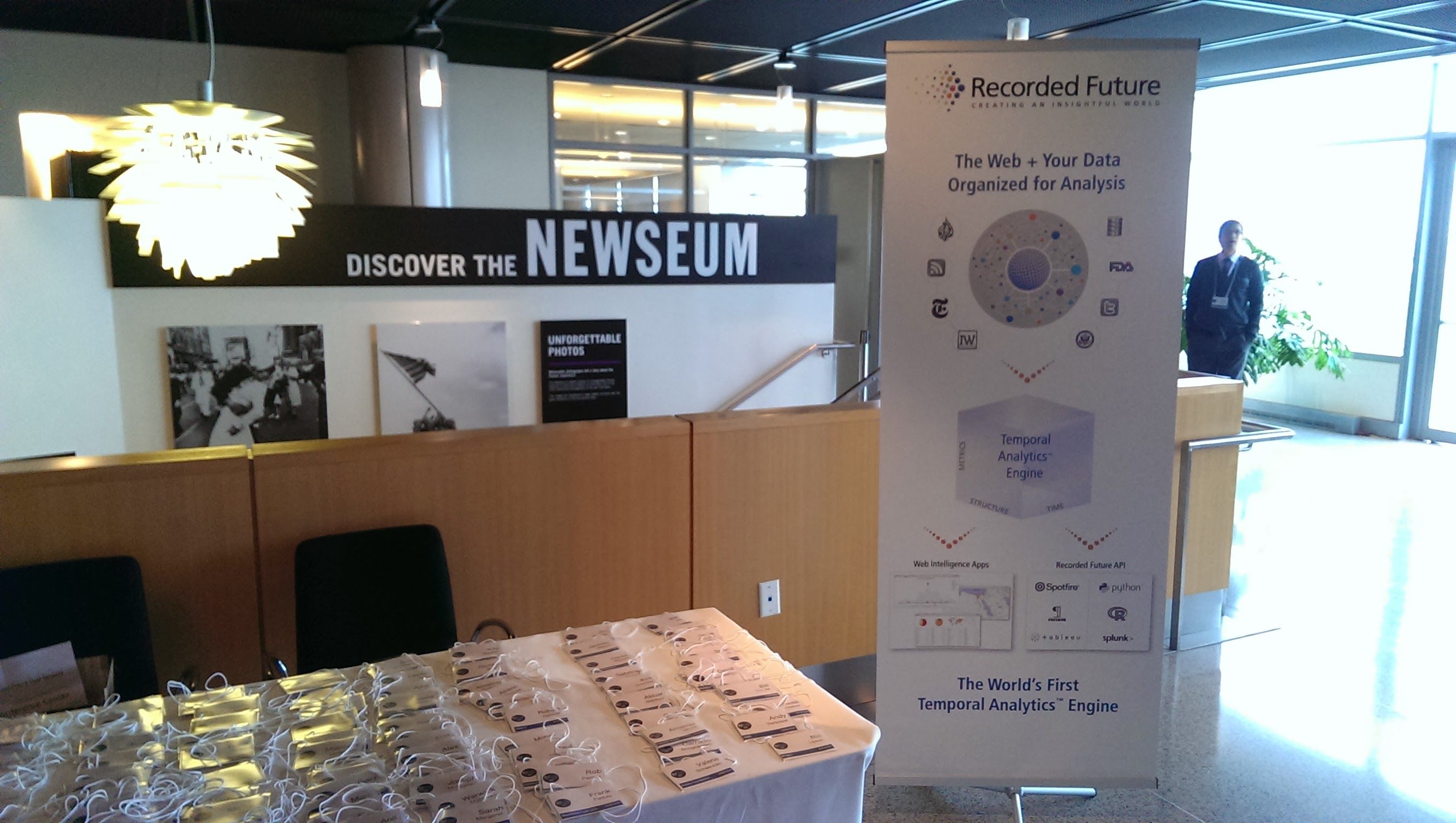 The entrance to RFUN on the eighth floor of the Newseum.

You can check out a few additional pictures below, and we hope you’ll join us next year as we continue the RFUN tradition. 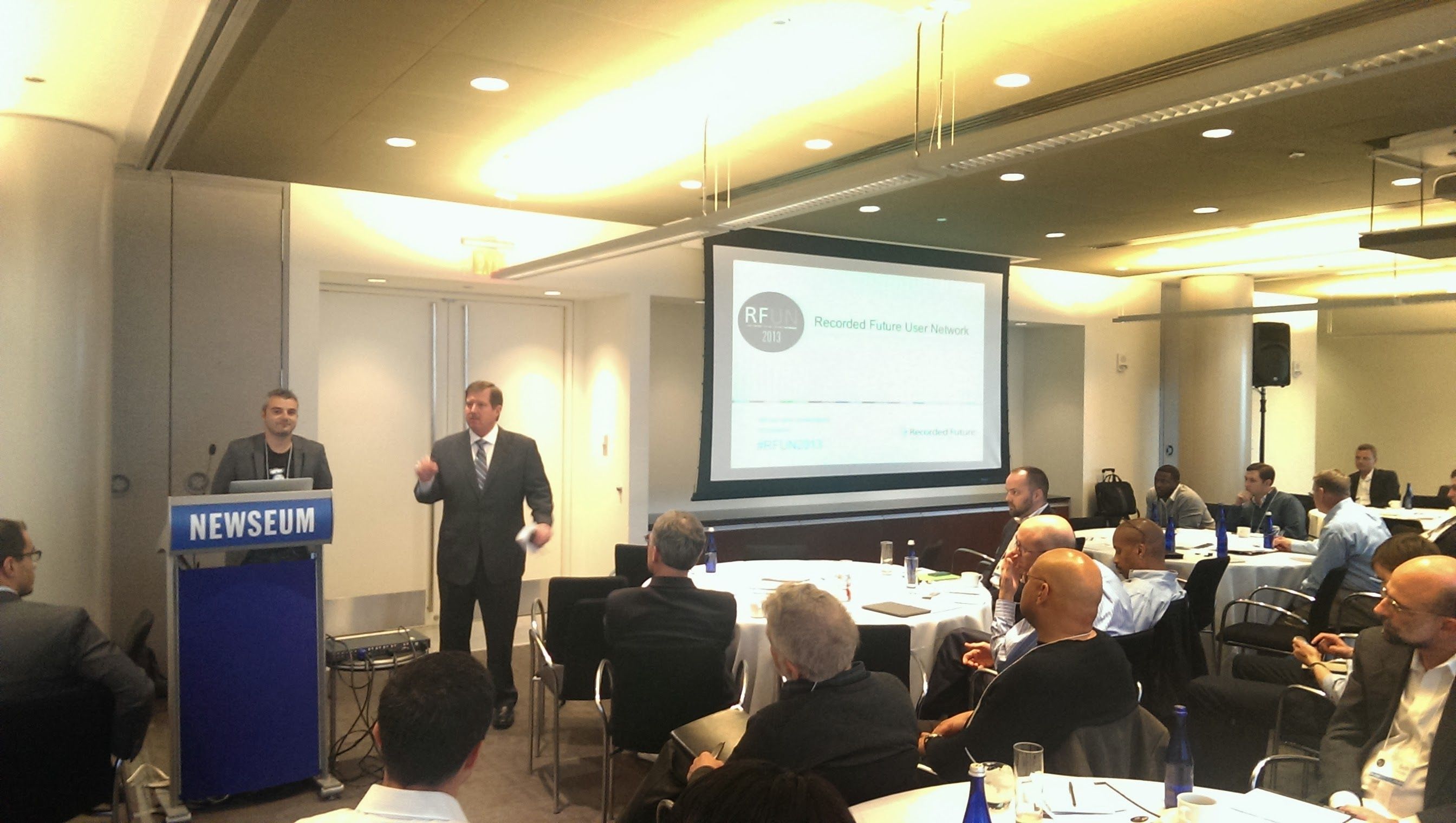 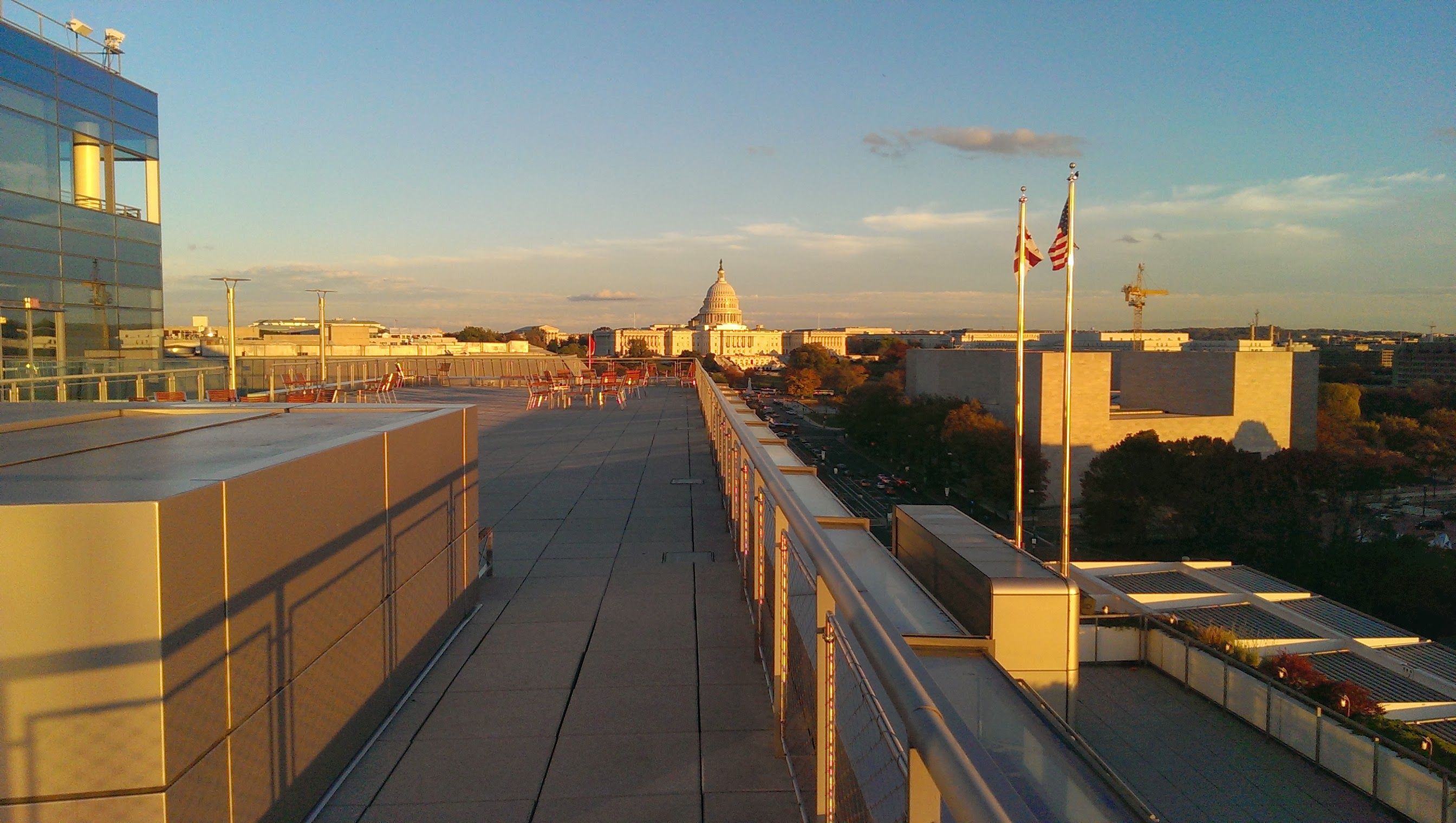 View of the United States Capitol from RFUN.