The Bear is Back Part Deux: Natural Gas as a Geopolitical Tool

Posted: 6th May 2014
By: CHRISTOPHER AHLBERG

Using Recorded Future, we can observe how President Vladimir Putin’s discourse on natural gas during 2013 stepped up compared to the last five years.

Pulled from open source information, the timeline below shows a collection of Putin speeches and quotations filtered to words like "gas pipeline," "gas export," and "gas shipment." 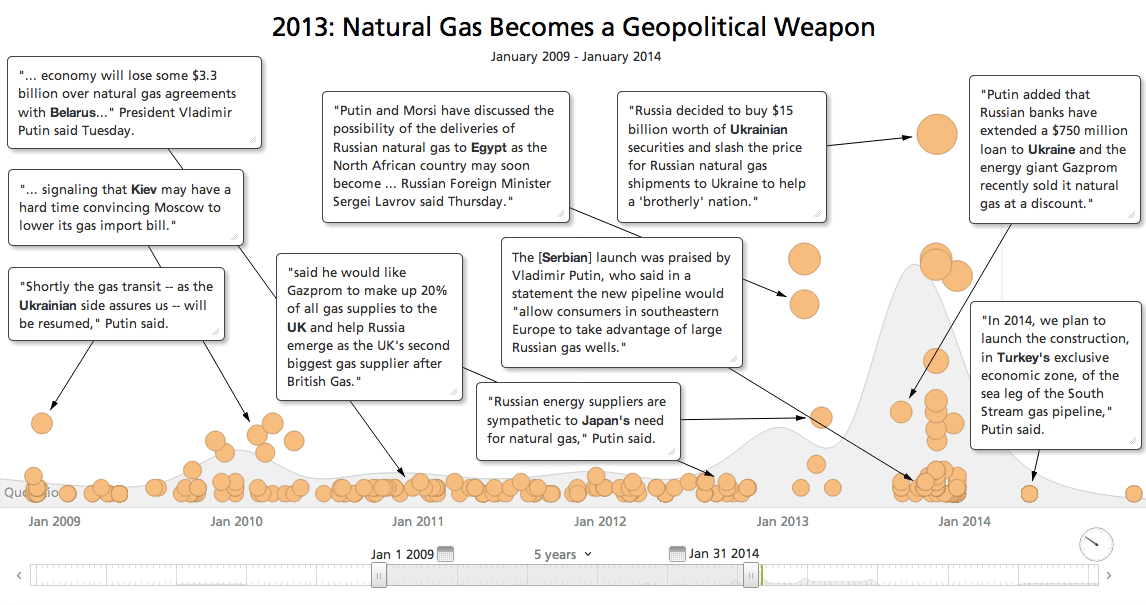 Comparing to the pattern of Russian military activity increasing in the 12 months leading up to the Crimea invasion, we can observe how both military maneuvers and natural gas discourse steps up simultaneously, in early 2013. 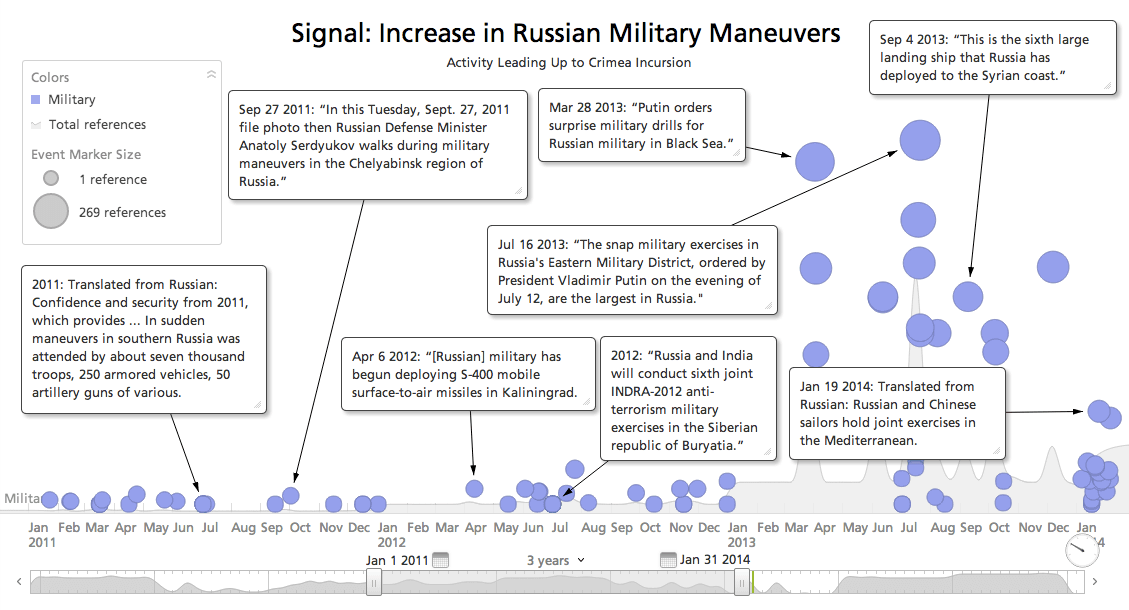 To make sure we’re not looking at a pattern driven by an underlying change in rate of Recorded Future data collection, or similar, we can do a comparative visualization of Putin’s discourse on oil, and see how that is relatively stable over time (with some ebbs and flows of course). 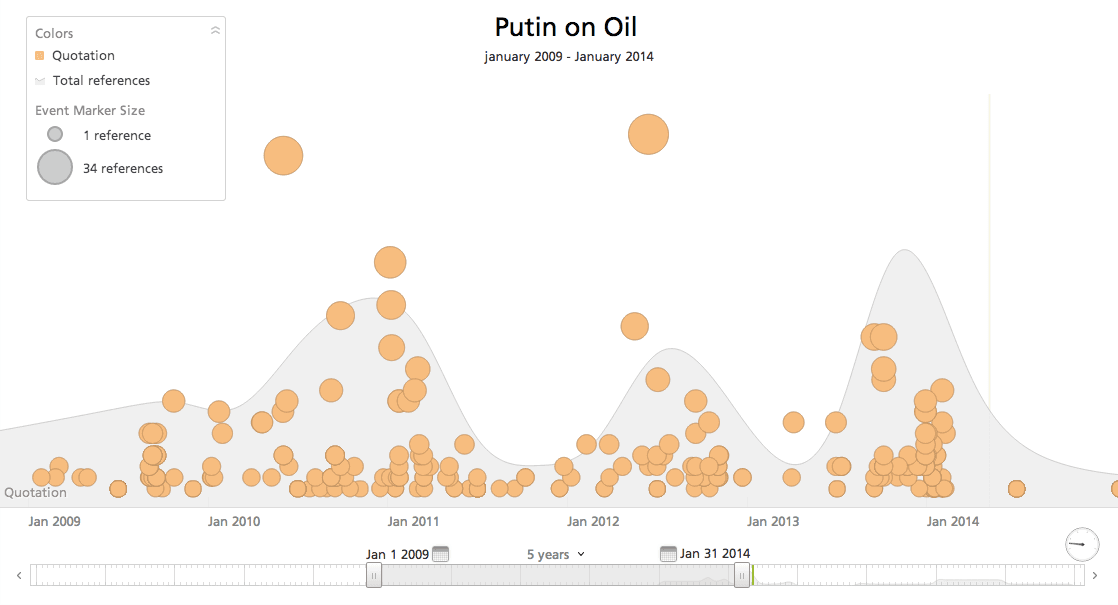 The Russian bear is alive and kicking, and there were observables indicating Putin’s willingness to apply his geopolitical toolset in an increased fashion as early as early 2013.

Given this analysis it would be prudent to dig further and identify underlying factors indicating why this happened late 2012/early 2013.