Mapping Big Data Business in the US 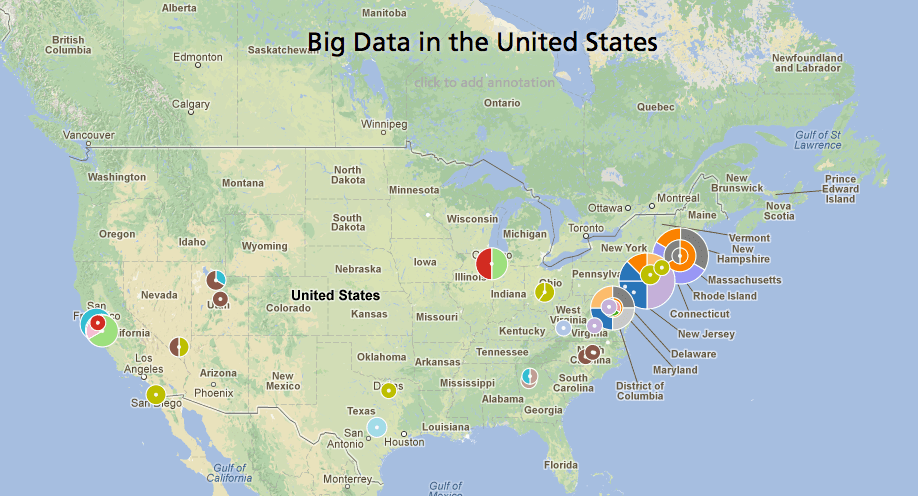 We took a look in Recorded Future’s big data to get a sense of big data business in the U.S. What you’re seeing in the map above is online discussion of and news about big data related to various cities, colored by associated companies (if any are mentioned). You can take a look at the data and play around with the map yourself.

Here is a breakdown of the top cities mentioned related to big data during the last four years: 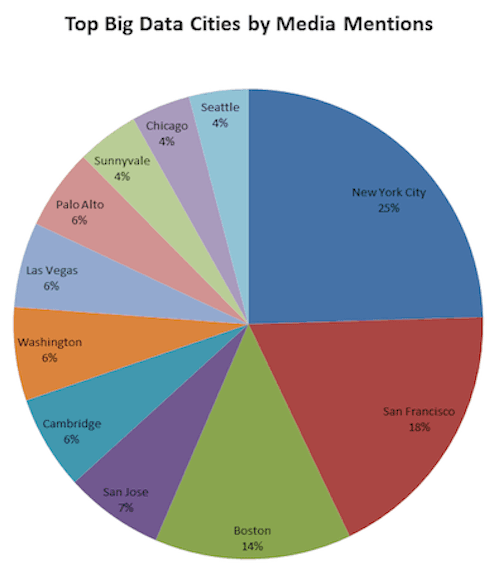 New York and the Bay area get the most attention with Cambridge and Washington D.C. (coincidentally where Recorded Future has offices) also appearing as significant hubs.

The attention levels by city haven’t remained static. As you can see in the graph below describing attention by city during the past year, New York and DC saw a huge bump in coverage related to big data during October 2012 with both cities hosting several conferences while Cambridge drew increased attention during August when start-up Sqrrl announced that it was moving there from DC. 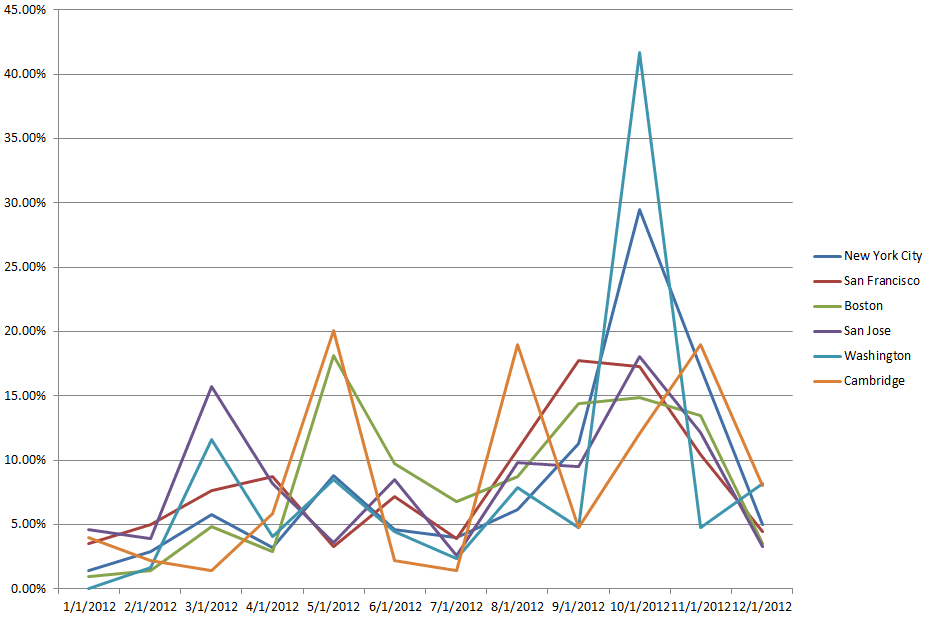 Attention to Big Data by Location – 2012

Some other recent corporate highlights for Big Data (more recent company investments and growth can be viewed here):

Do any of the data points above surprise you? Do you think any of less visible locations (Las Vegas, Chicago) will become bigger players in the near future? Leave us your comments below, and if you like the tools and data shown above then be sure to sign up for free access to Recorded Future.