Key Events for the Eurozone Before and After Greek Election

The upcoming second round of Greece’s legislative election is currently the main event in debate over the future of the Eurozone, but there are other influential events to watch before and after the June 17 election. Those events are outlined below in two separate Recorded Future timelines. 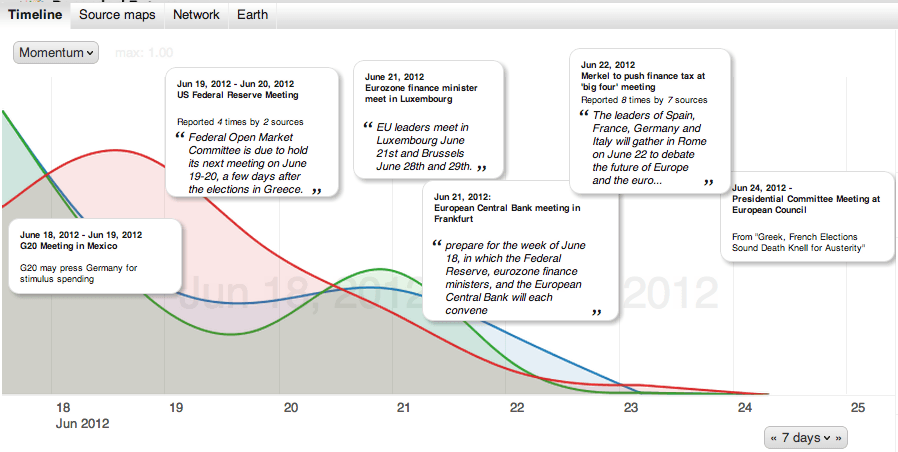 Any other dates on your radar around the Greek runoff election? What other events should we look at more closely?