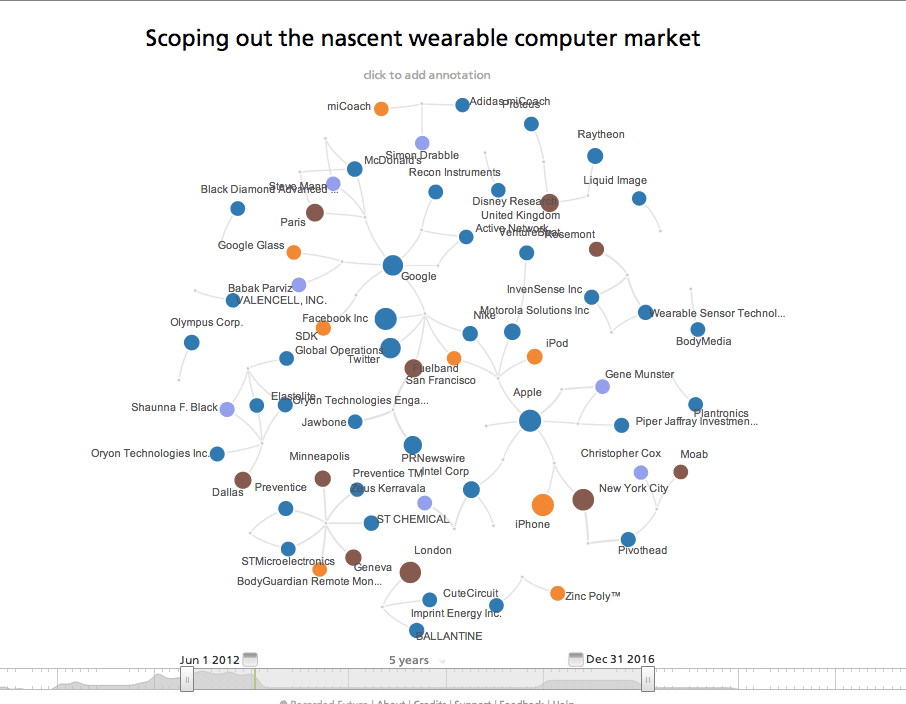 The above network shows a live view from Recorded Future describing the makeup of the wearable computer industry since June 2012 and looking forward to include any forecasts through 2016. The individual nodes are colored according to the organizations, products, and locations related to recent and near future developments in this technology space. You can see how major players in technology, internet, consumer products, and defense are all already jockeying for position!

Here are a few highlights, but click around the live view yourself to see what you can find:

We share a weekly digest of Recorded Future visualizations with our users that includes examples such as this one. The last few weeks have been posted to this blog. Sign up for a free account to start your web analysis today!