Dissecting the Costs of Cybercriminal Operations

Everything has its price on dark web, and almost anything can be sold or bought openly. Although sometimes it seems that to succeed in cybercrime, a person must be a Jack of all trades, in reality almost every criminal endeavor requires various tools and services provided by a network other members.

The cybercriminal underground is quite verticalized, with threat actors specializing in particular areas of expertise. It is this distribution of expertise that contributes to the underground market’s resiliency. Similar to drug cartels, once you remove one threat actor or forum, rivals will immediately take its place. As a result, to kickstart a campaign and move beyond a concept to the final execution and substantial profit, a puzzle game has to be completed first. 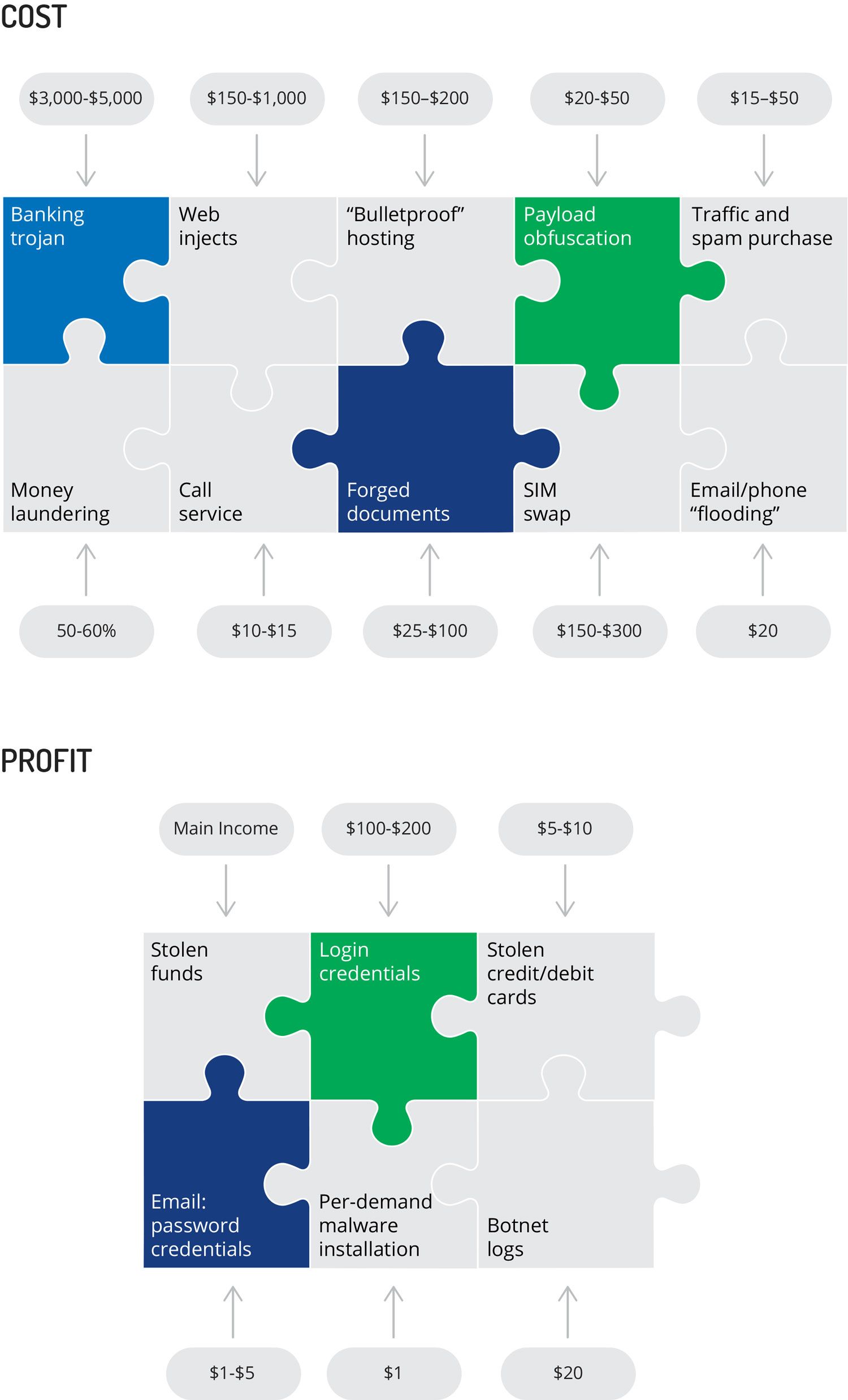 In the past 20 years, the cybercriminal underground has evolved from a handful of disperse message boards, mostly built around mundane e-commerce fraud primarily conducted by Eastern-European fraudsters, to a highly complex ecosystem that we now call dark web. Today the shadowy world of the internet is comprised of communities divided by various geographical regions, specialty, and the experience of its members and is capable of supporting both entry-level script kiddies and the masterminds of incredibly sophisticated attacks, such as the Taiwan ATM heist and malware attacks on Russian banks, which netted threat actors tens of millions of dollars. 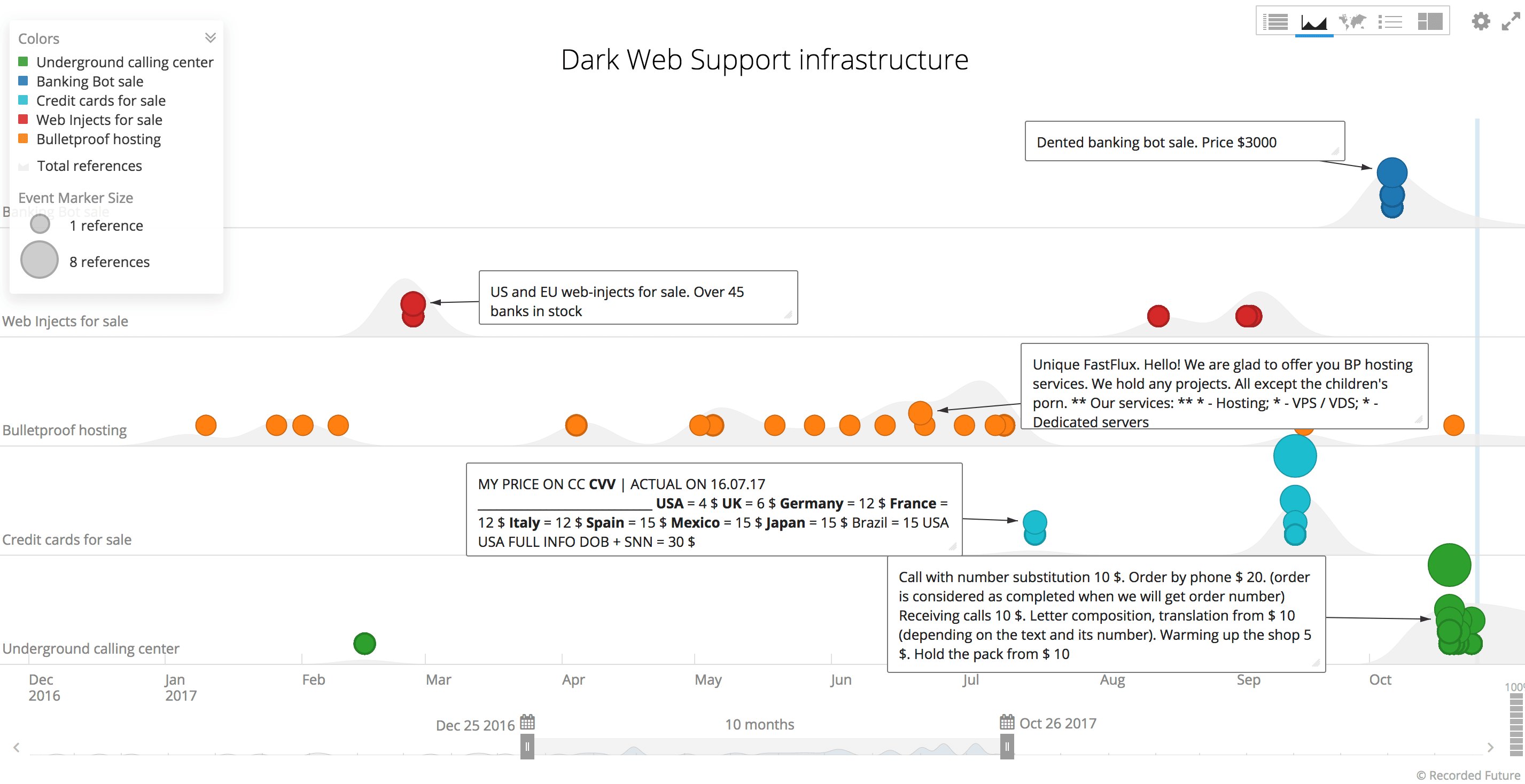 A botnet operation is the best example to put things into perspective and to explain the complexity of all necessary steps to achieve the maximum profitability levels for its operators. The following example illustrates the upfront cost of launching and sustaining a cyber operation, as well as the direct and secondary financial returns for its operators. 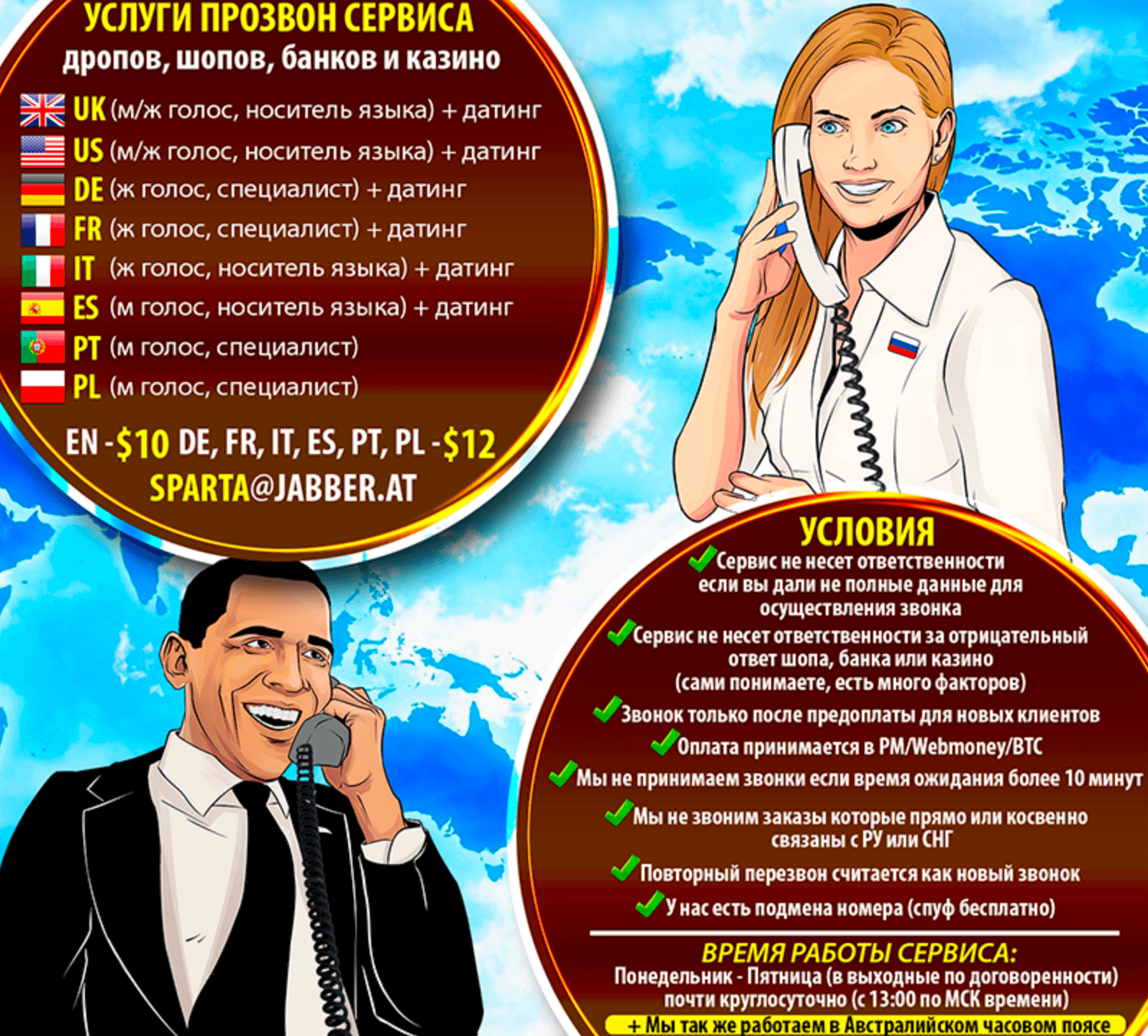 Aside from funds stolen from compromised bank accounts, persistent access to an extensive network of victims around the world will inevitably generate a significant residual income.

Although this example only examined a single popular attack method, a similar supporting infrastructure would be used to initiate other cybercriminal operations, including ransomware and phishing campaigns. It is going to be rare to attribute a cyberattack to a sole individual operating in isolation, because success requires expertise across multiple disciplines to take an attack from conceptualization to profit. The means to do so are all available for a price; cost would simply depend on how sophisticated a campaign is desired by the actor. 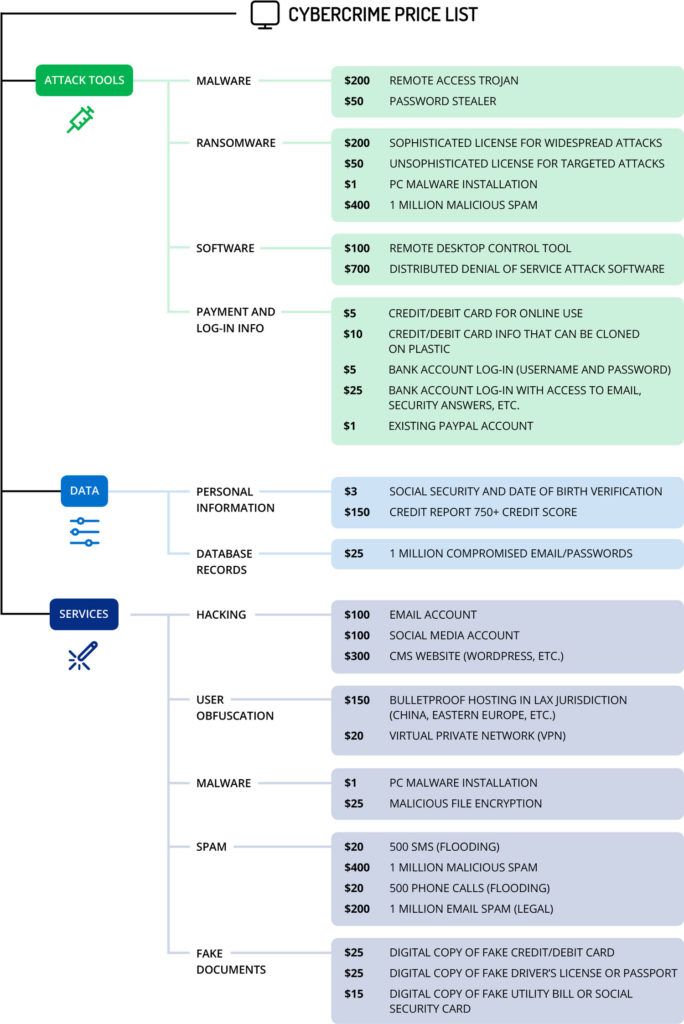