Vulnerability management can pose a significant challenge for organizations of any size. Wrestling with the constant onslaught of new vulnerability disclosures, identifying which ones actually impact your environment, and then verifying that a patch won’t break something in your network can quickly turn into a full-time job. The scale of the problem results in an ugly truth: it is typically infeasible to patch everything in a timely manner. Because of this, teams must be deliberate and selective in how they approach patching.

However, the actual risks posed by vulnerabilities have an environmental aspect, as well. Active exploitation by malware, for example, can greatly elevate the risk of a seemingly low-priority vulnerability. With this in mind, I was curious as to what the data in Recorded Future showed regarding exploitation of vulnerabilities with medium and low CVSS scores.

Looking at approximately a week’s worth of Recorded Future Vulnerability Risk Lists to examine the breakdown of what we consider high-risk vulnerabilities, the following interesting trends emerged. The immediately apparent trend is the distribution among vulnerabilities based on their NVD severity.

Perhaps more interesting than looking at total counts, though, is an examination of the Recorded Future average risk scores by NVD severity.

When we remove vulnerabilities from the dataset with no evidence of recent exploitation, we observe the following distribution by CVSS score: 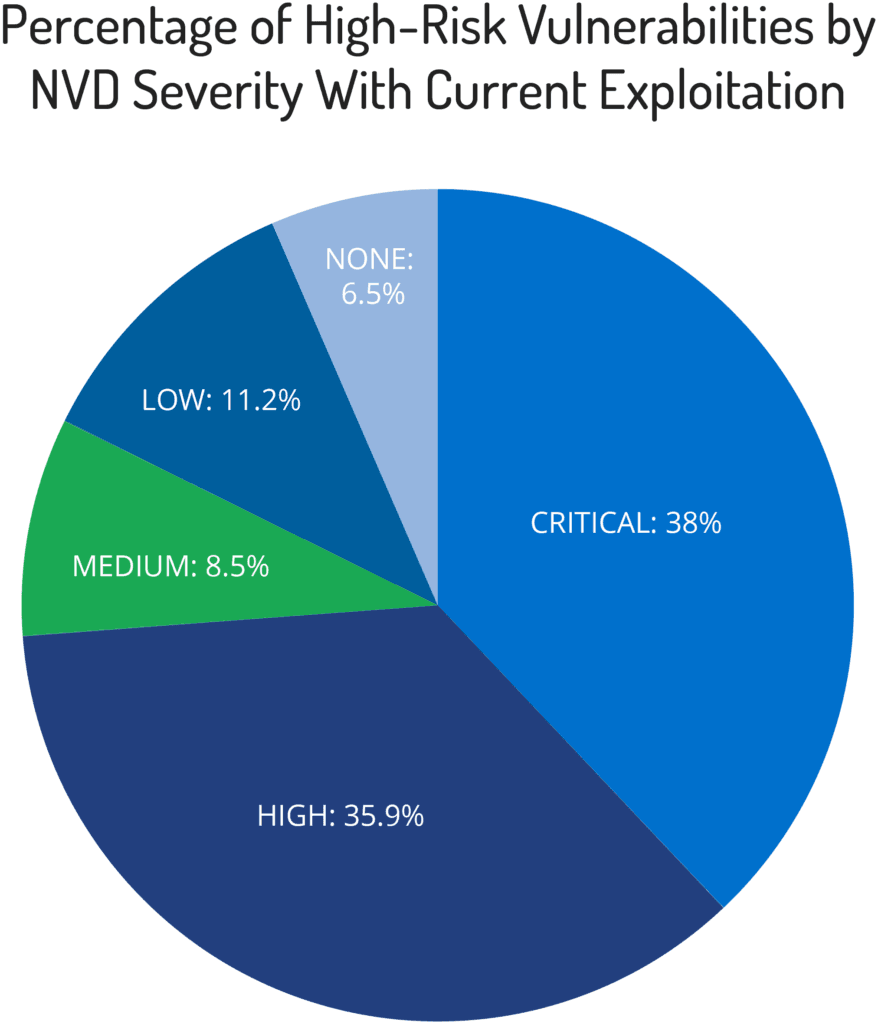 In this context, the percentage of vulnerabilities with medium or lower CVSS scores in the Risk List increases significantly to a little over a quarter of vulnerabilities, with recent evidence of exploitation.

We also see the following breakdown of risk scores:

As can be seen in this analysis, the inclusion of threat intelligence is crucial for accurately understanding risks posed to organizations, such as the real-world exploitation landscape and how that adversary activity impacts your organization. Pairing this type of external intelligence with internal vulnerability scans may expose blind spots in an organization’s attack surface and allow for better preparation against potential threats.

If you’re still unsure about how applying threat intelligence to vulnerability management can make a difference in your security every day, download our free white paper, "Vulnerability Intelligence From the Dark Web: The Disclosure to Exploit Risk Race."