This is the first time researchers have been able to attribute a threat actor group with a high degree of confidence to the Ministry of State Security.

On May 9, a mysterious group calling itself “intrusiontruth” identified a contractor for the Chinese Ministry of State Security (MSS) as the group behind the APT3 cyber intrusions. 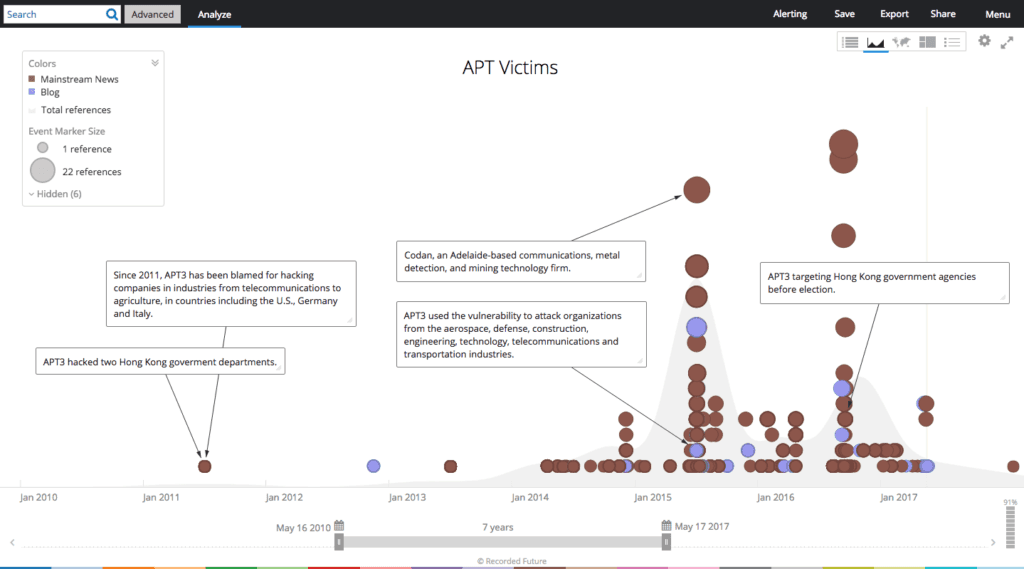 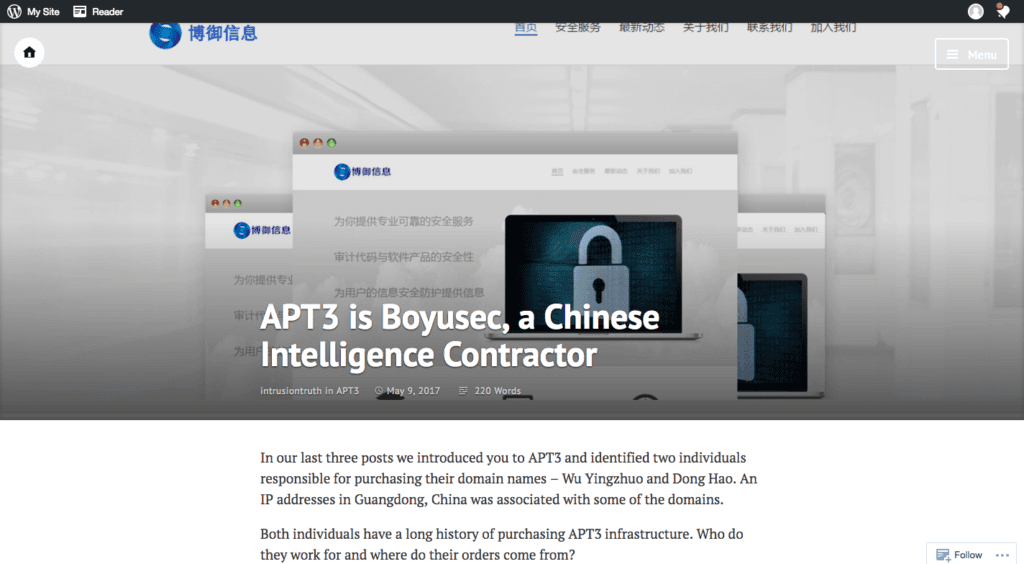 Screenshot of a blog post from “intrusiontruth in APT3.” 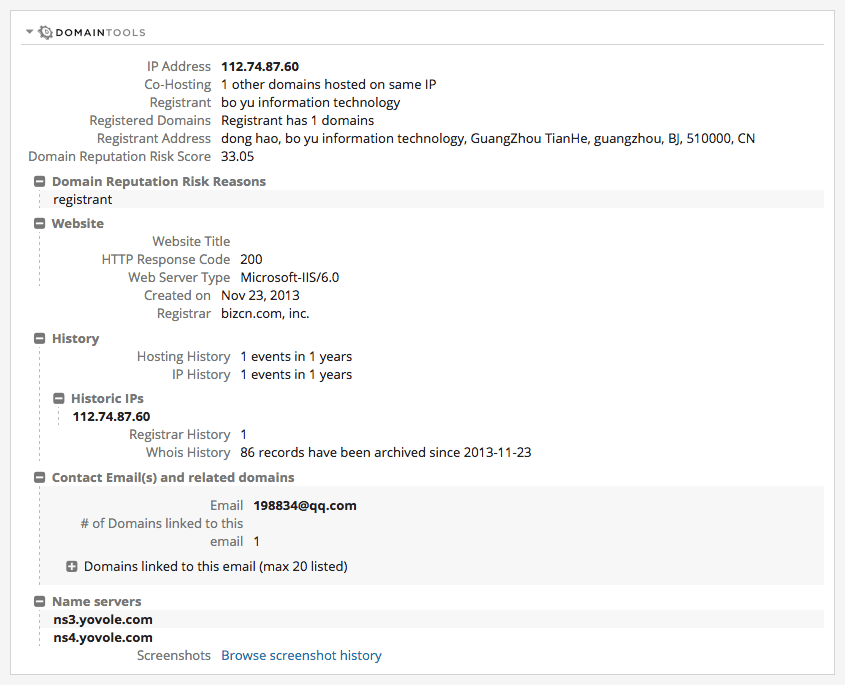 Registration information for a domain linked to the malware Pirpi. The details show the domain was registered to Dong Hao and Boyusec.

APT3 has traditionally targeted a wide-range of companies and technologies, likely to fulfill intelligence collection requirements on behalf of the MSS (see research below). Recorded Future has been closely following APT3 and has discovered additional information corroborating that the MSS is responsible for the intrusion activity conducted by the group. 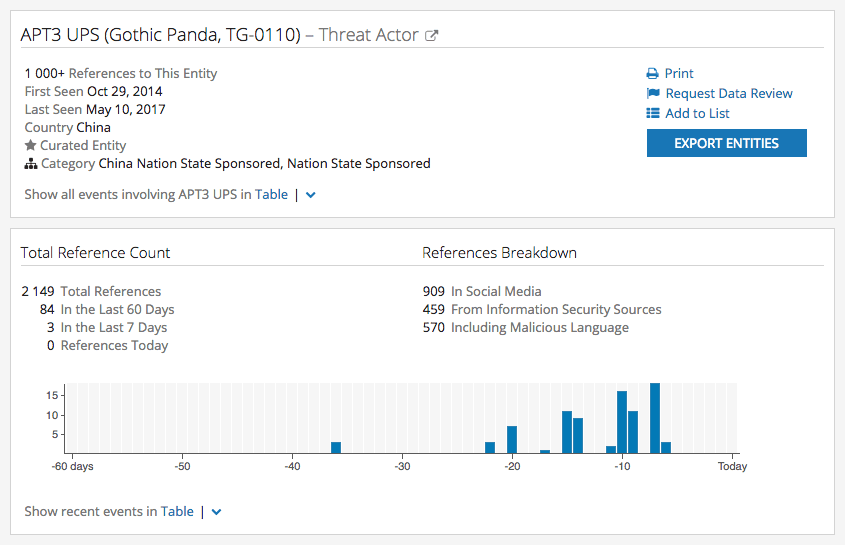 APT3 (also known as UPS, Gothic Panda, and TG-011) is a sophisticated threat group that has been active since at least 2010. APT3 utilizes a broad range of tools and techniques including spearphishing attacks, zero-day exploits, and numerous unique and publicly available remote access tools (RAT). Victims of APT3 intrusions include companies in the defense, telecommunications, transportation, and advanced technology sectors — as well as government departments and bureaus in Hong Kong, the U.S., and several other countries. 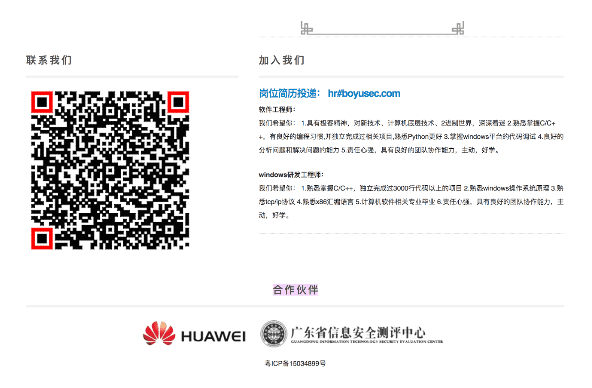 Screenshot of Boyusec’s website where Huawei and Guangdong ITSEC are
identified as collaborative partners.

In November 2016, the Washington Free Beacon reported that a Pentagon internal intelligence report had exposed a product that Boyusec and Huawei were jointly producing. According to the Pentagon’s report, the two companies were working together to produce security products, likely containing a backdoor, that would allow Chinese intelligence “to capture data and control computer and telecommunications equipment.” The article quotes government officials and analysts stating that Boyusec and the MSS are “closely connected,” and that Boyusec appears to be a cover company for the MSS. 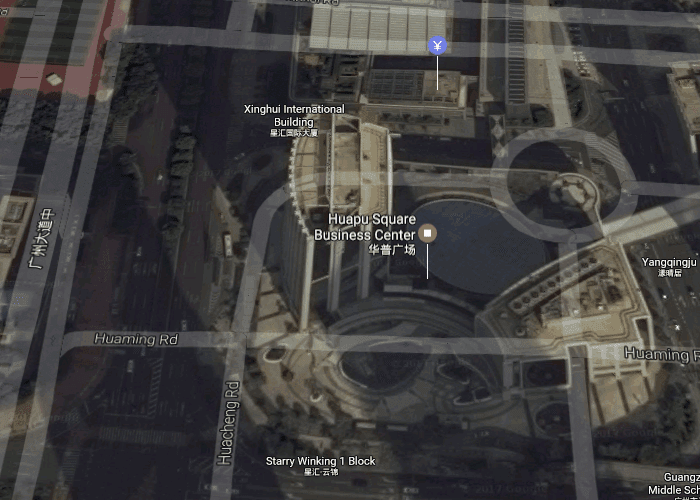 Boyusec is located in Room 1103 of the Huapu Square West Tower in Guangzhou, China.

Boyusec’s work with its other “cooperative partner,” Guangdong ITSEC, has been less well-documented. As will be laid out below, Recorded Future’s research has concluded that Guangdong ITSEC is subordinate to an MSS-run organization called China Information Technology Evaluation Center (CNITSEC) and that Boyusec has been working with Guangdong ITSEC on a joint active defense lab since 2014.

Guangdong ITSEC is one in a nation-wide network of security evaluation centers certified and administered by CNITSEC. According to Chinese state-run media, Guangdong ITSEC became the sixteenth nationwide branch of CNITSEC in May 2011. Guangdong ITSEC’s site also lists itself as CNITSEC’s Guangdong Office on its header.

According to academic research published in China and Cybersecurity: Espionage, Strategy, and Politics in the Digital Domain, CNITSEC is run by the MSS and houses much of the intelligence service’s technical cyber expertise. CNITSEC is used by the MSS to “conduct vulnerability testing and software reliability assessments.” Per a 2009 U.S. State Department cable, it is believed China may also use vulnerabilities derived from CNITSEC’s activities in intelligence operations. CNITSEC’s Director, Wu Shizhong, even self-identifies as MSS, including for his work as a deputy head of China’s National Information Security Standards Committee as recently as January 2016.

Recorded Future research identified several job advertisements on Chinese-language job sites such as jobs.zhaopin.com, jobui.com, and kanzhun.com since 2015, Boyusec revealed a collaboratively established joint active defense lab (referred to as an ADUL) with Guangdong ITSEC in 2014. Boyusec stated that the mission of the joint lab was to develop risk-based security technology and to provide users with innovative network defense capabilities. 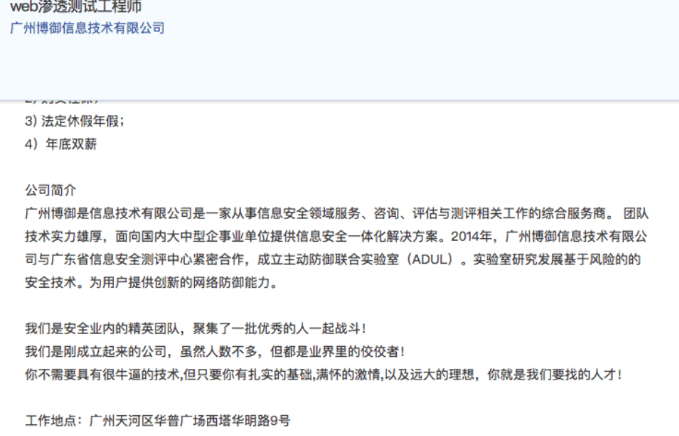 The lifecycle of APT3 is emblematic of how the MSS conducts operations in both the human and cyber domains. According to scholars of Chinese intelligence, the MSS is composed of national, provincial, and local elements. Many of these elements, especially at the provincial and local levels, include organizations with valid public missions to act as a cover for MSS intelligence operations. Some of these organizations include think tanks such as CICIR, while others include provincial-level governments and local offices.

In the case of APT3 and Boyusec, this MSS operational concept serves as a model for understanding the cyber activity and lifecycle: 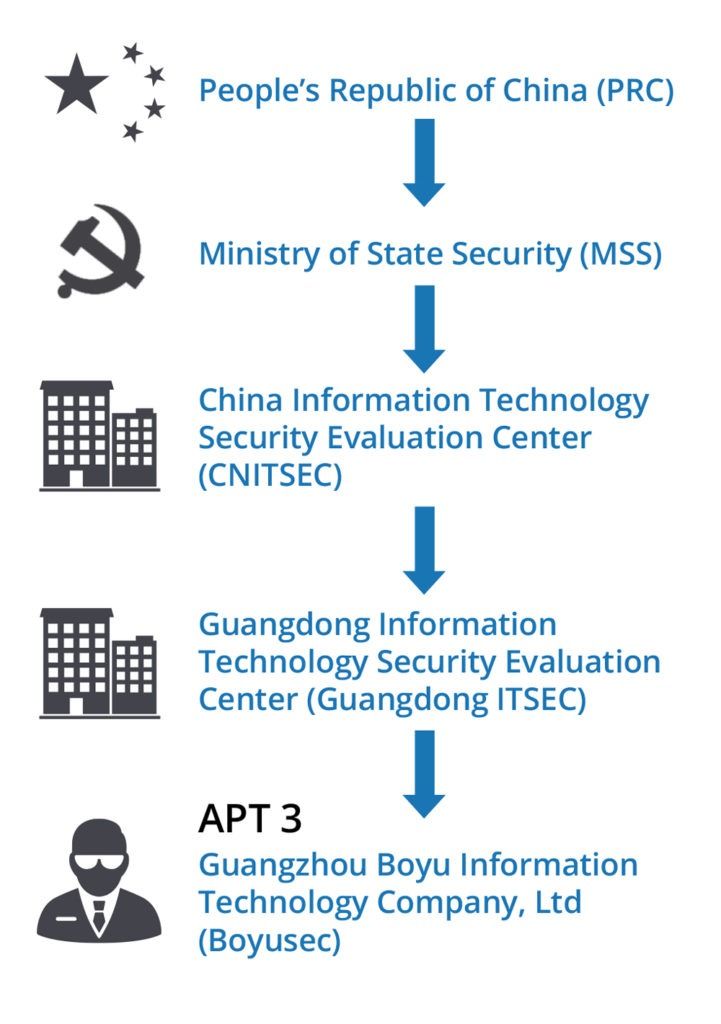 Graphic displaying the relationship between the MSS and APT3.

The implications are clear and expansive. Recorded Future’s research leads us to attribute APT3 to the Chinese Ministry of State Security and Boyusec with a high degree of confidence. Boyusec has a documented history of producing malicious technology and working with the Chinese intelligence services.

APT3 is the first threat actor group that has been attributed with a high degree of confidence directly to the MSS. Companies in sectors that have been victimized by APT3 now must adjust their strategies to defend against the resources and technology of the Chinese government. In this real-life David versus Goliath situation, customers need both smart security controls and policy, as well as actionable and strategic threat intelligence.

APT3 is not just another cyber threat group engaging in malicious cyber activity; research indicates that Boyusec is an asset of the MSS and their activities support China’s political, economic, diplomatic, and military goals.

The MSS derives intelligence collection requirements from state and party leadership, many of which are defined broadly every five years in official government directives called Five Year Plans. Many APT3 victims have fallen into sectors highlighted by the most recent Five Year Plan, including green/alternative energy, defense-related science and technology, biomedical, and aerospace.