Originally posted on the Recorded Future blog as “The Campaign Language of Mitt Romney“.

Modern presidential campaigns are sensationalized in such a way that it can be difficult to recall the distant primary days. So with Mitt Romney now officially the Republican Party nominee, this is a look at his statements during the last 20 months (January 2011 to August 2012) derived from analysis of 37,591 unique quotations identified in 150,000+ online sources Recorded Future. Here is the history of his campaign: 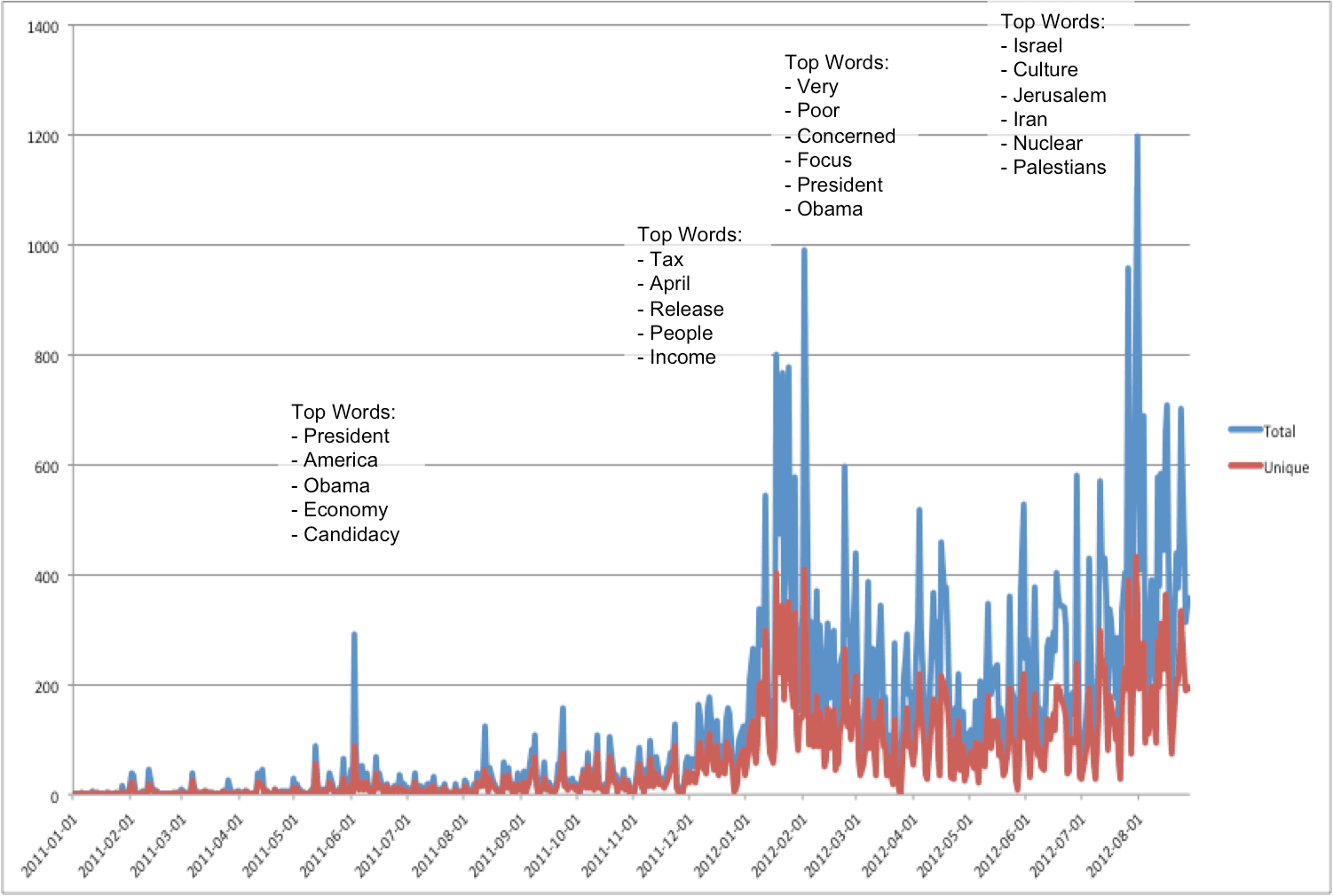 Days with the most reported quotations:

*Note: The “Unique” score above takes syndicated reports of the same quotation and only counts them once.

See the full story and more visualization of language from the Romney campaign.